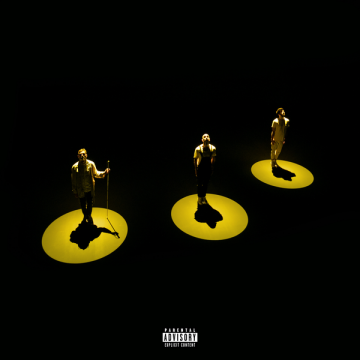 X Ambassadors have released their long-awaited third album, Orion. It is filled with a variety of songs that show the complete range of the human experience. Sam Harris, the lead vocalist, sings about a wide array of topics, from existentialism to romantic betrayal. His brother Casey Harris plays the keyboard and Adam Levin is on drums.

X Ambassadors found common themes and authenticated them. Their honest representation of the struggles faced by humanity is present in songs such as “Quicksand” and “Shadow.” The former focuses on physical obstacles such as money, drugs, and dealing with the rat race. “Shadow” addresses the mental battle of striving for more but never feeling completely satisfied.

“Hold You Down” is a sentimental song about brotherhood. The music video helps to capture the Harris brothers’ close-knit relationship by showing footage of them as children. This heartfelt music video accompanies another extremely vulnerable song that shows a different layer to the band that hasn’t been seen before.

It is difficult to come back after reaching the pinnacle of success in the music industry, but X Ambassadors have created another well-balanced album that will only keep the fans wanting more.

Bianca Mazziotti has been a music addict ever since she was six-years-old and won an acoustic guitar in a contest. Her passion for music only continued to grow, and you can now find her enjoying live shows all over Toronto. She hopes to continue combining her two passions, music and writing, well into the future.
RELATED ARTICLES
album reviewalbum reviewsinterscope
8.0