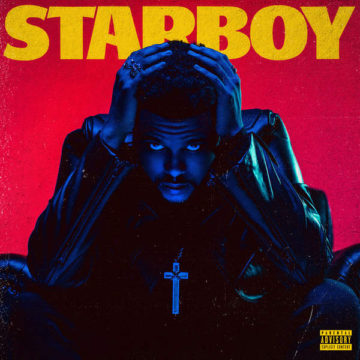 Who is Abel Tesfaye? This isn’t something you’ll be hearing this year. Tesfaye, AKA The Weeknd, was propelled full-throttle onto the pop scene when his massive 2015 hit, “I Can’t Feel My Face” stole the hearts of listeners and found its way to every radio and at the top of the charts. By now, The Weeknd has earned his right to experiment with his sound and release something that tells us who he really is. Tesfaye eloquently presents his unique version of future soul lined with a touch of romance, mischief and enchantment in his third studio album, Starboy.

The 26 year-old, Canadian singer has been a key contributor to today’s modern pop sound. He is, without doubt, a “pop-artist” but he does it in a way that makes him hard to dislike. I think even the biggest critics of typical pop music might find themselves accidentally singing along to these songs at clubs and weddings. His distinct flare allows him to appeal to the masses without becoming too much of a cookie-cutter pop singer. Starboy is surely more commercial than 2015’s Beauty Behind the Masses, but in this case, it doesn’t feel like such a bad thing. There is a shocking list of 22 producers and he collaborates with Lana Del Rey, Daft Punk (on 2 songs), Future and Kendrick Lamar; but Tesfaye claims that he was still mostly in control. The silky smooth, 18 song album features peaceful & melodic vocals that bounce over luxurious downtempo digital beats and deep bass.

The album starts off with the title track “Starboy”, which features Daft Punk and amassed over 17 million streams in its first 3 days. The song is grooving and laid back with catchy, sarcastic vocals. An edgy pop song that feels like someone’s walking suspiciously in the dark, in all black, hoodie up. “True Colors” leans toward the slow RnB of R. Kelly and Usher. It showcases Tesfaye’s vocal talents, and comparatively, the instrumentation is clean and dry making for a fairly straight forward, driving and powerful track.  “A Lonely Night” moves through an uplifting, 90s sounding groove that is sure to be a crowd-pleasing clap along. His voice steadily drives the melody and reminds me of Jason Derulo’s dance and hip-hop inspiration. The album closes out with another Daft Punk feature, “I Feel It Coming.” This four-on-the-floor driven track has a super simple, but tasty bass line that feels like it will make it’s way to your summer poolside party. The background vocals are so perfectly Daft Punk and the middle break down could make most women set down their mimosa to grab you for a dance before exploding into the soulful and glistening last chorus and outro.

Yes it is a Top 40 album. Yes he may have been lost at times coming down from the high and re-gaining feeling in his face. Yes there may be a few dull moments in the 18 tracks he spent trying to do everything. Yet, Tesfaye set out to show the world how versatile and talented he can be. Leveraging momentum from his 2015 release and swagger from his new haircut seems like fair play, and he has done just that. The songs are dark, brooding and mysterious but they gleam with insight and tactful storytelling. The sounds are glamorous, the melodic vocals shimmer and the beats stick deep in your bones. The entire piece is fluid and cohesive while showing the diversity he hoped to express. Listeners can easily glide from “Starboy” to “I Feel It Coming” in a sort of melancholy, blissful mood – smiling, thinking, head-bobbing. Abel Tesfaye is the musical villain that we fall in love with. The one we all can’t help but fall in love with – The Joker, Mystique, Tyler (Brad Pitt) in Fight Club. We will just have to wait and see how far this villain can make it until he gets caught up.

After majoring in business & entrepreneurship at UCSB and traveling the world, Andrew moved to Los Angeles to pursue music and not give up his love for surfing, hiking and yoga. He is also in a couple really cool, up and coming, indie-rock bands in LA - Mothlight & Lone Kodiak.
RELATED ARTICLES
album reviewsdaft punkrepublic records
10