SPILL ALBUM REVIEW: WE WERE PROMISED JETPACKS – A COMPLETE ONE-EIGHTY 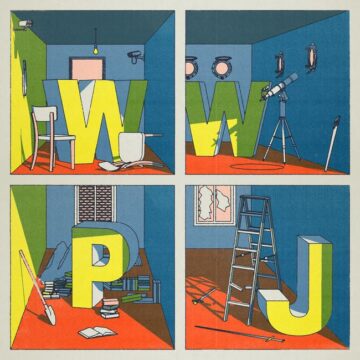 We Were Promised Jetpacks
A Complete One-Eighty
Big Scary Monsters

Scottish rockers We Were Promised Jetpacks have done an interesting thing with their latest EP release A Complete One-Eighty. In it, they rework three of their strongest tracks from their most recent album Enjoy the View (2021), while also including three remixes of other tracks from the likes of Manchester Orchestra, Andy Monaghan, and Zoe Graham. The results are interesting and varied, and a worthwhile musical project for fans of the band.

In the first three tracks, the band strips their own music down, imbuing each remade track with an ache and melancholy that is harder to notice in the original, rock-oriented versions. “Fat Chance” is the opener, and Andy Thompson’s Scottish brogue is more evident than ever, but the delivery of the lyrics and gently plucked guitar strings deepen the sense of loss and missed opportunities to create a more devastating effect than the original. “If It Happens” is similarly remade while “All That Glitters,” especially the second half, takes on a more crunchy, industrial feel.

The remixes offer another interpretation, and “If It Happens” is given another makeover by Manchester Orchestra, the synths and swirling atmospheric sounds enveloping the words in a more epic way than the original or the stripped-down version that opens the album. Andy Moneghan’s remix of “Nothing Ever Changes” is the weakest re-interpretation, feeling almost two-dimensional compared to the Manchester Orchestra track prior. The album closes with a remixed club-style version of “Fat Chance” by Zoe Graham with its fast-tapping synths and echoing, circling cuts of Thompson’s voice swirling, but effectively drowns out the emotional elements that made the opening, stripped-down version so affecting in favor of beats. It’s an interesting take, but the remixed side of the album falls short of the band’s own re-interpretations.

Enjoy the View is an excellent album for the band and these remakes and remixes are excellent for emphasizing certain elements of the originals that might be harder to notice otherwise, especially on the front half of the album. The backside is less noteworthy in that none of the songs seem improved by the lavish revisions, but they are nonetheless an interesting experiment.

SPILL ALBUM REVIEW: WE WERE PROMISED JETPACKS – A COMPLETE ONE-EIGHTY

Dan Kennard is an English teacher and fiction writer living outside Kansas City, Kansas where he lives with his wife and children. More about his work can be found at amazon.com/author/dankennard. You can also follow him on Twitter and Instagram @kennardistry or contact him at [email protected]
RELATED ARTICLES
album reviewalbum reviewsbig scary monsters
8.0