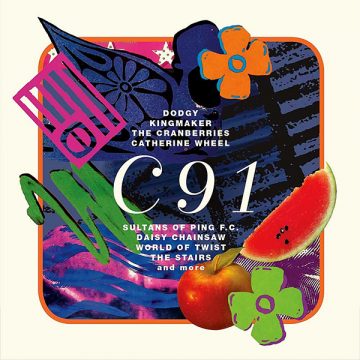 Almost four decades ago, back in 1986 when New Musical Express ruled the world of music journalism, the paper issued now the now-famed c86 cassette, which was full of sharp, sometimes shocking new independent talent out of Britain.

The success was great, and NME continued the series along with Cherry Red Records into the 90s when the independent crossed into mainstream. The series continues to have a legendary status and now Cherry Red is coming out with a 3-CD snapshot of exactly that crossover period, when some of the artists like The Cranberries and Saint Etienne made a name for themselves, and some, like Slowdivie and Boo Radleys spearheaded shoegaze. Others, like Sultans of Ping F.C. remained just a curiosity, while others, like Moose or The Stairs became the stuff around cult fandom was made.

This practically 60-track compilation covers that complete spectrum – from Manic Street Preachers, through Chapterhouse and Ned’s Atomic Dustbin, to whoever Honey Smugglers were.

Essentially, you got everything here, from the sublime, such as Moose’s “Jack” to the ridiculous, like Sultan of Ping F.C’s  “Where’s Me Jumper?” where even the latter is worth the time and money of any serious student of modern music history.

Formerly a lot of things, including a journalist and a translator, currently a freelance writer living in The Netherlands.
RELATED ARTICLES
album reviewalbum reviewscherry red records
9.0