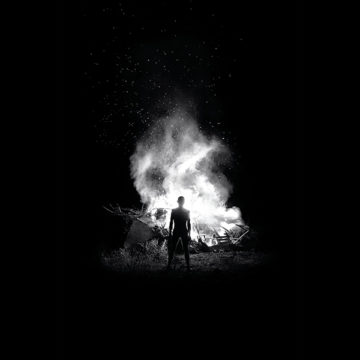 It has felt like a long four years since White Lighter’s release, but Oregon’s Typhoon has finally returned with their latest offering, Offerings. Clocking in at an impressive seventy minutes stretched across four arcing movements, Offerings might just be Typhoon’s most ambitious, dynamic, and impressive work to date.

“Wake” opens the album with the poignant spoken phrase “Listen — of all the things that you are about to lose, this will be the most painful.” Over the next hour and a bit, frontman and songwriter Kyle Morton recounts the tale of a man dealing with the loss of his memory and his identity connected to it. With each of the album’s movements representing the character’s mental state, details slowly reveal themselves as the man progresses from realising that something’s wrong through the stress of his ailment to finally accepting his fate and the reality of mortality. Throughout this tale are many emotionally compelling moments that allow for connections to form between the listener and the story’s character.

The entire album is lyrically vibrant, filled with literary references, social commentary, and nearly 2300 words. One of Offerings’ most emotionally striking moments occurs within “Algernon.” This segment of the story relays the heartstring-tugging moment where the man sits in a stark white room waiting for his wife, unaware that she is sitting right in front of him, forming a beautifully sombre juncture. Throughout the entirety of Offerings are numerous recurring references, including “Asa nisi masa,” a nonsensical mnemonic device borrowed from Federico Fellini’s 1963 film 8½. Additional references to the river Lethe, Socrates, and religious texts help to develop the central theme of memory and add considerable depth to the album’s lyrics. With such subtle and detailed wordings, Offerings necessitates multiple revisits as details slowly unravel through its winding and layered story.

With their previous releases, the 11-members-strong Typhoon garnered a reputation for developing dynamically-varying moments awash with noise, and Offerings only reinforces this reputation. Songs shift from guitar-led and vocally-focused tracks such as “Chiaroscuro,” to raucous and stertorous moments as found in “Ariadne.” The details found in these songs are mystifying as delicate strings and vibrating idiophones form richly-textured backgrounds for the guitars and voices that take centre stage. Many of Offerings’ tracks carry hints of Typhoon’s previous efforts White Lighter or even A New Kind of House while expanding the scope of their sound into new and more experimental territories.

Within Offerings, Typhoon displays some of their most exceptional work to date. The entire album is richly detailed both in musical arrangement and lyrical composition. With stunning subtlety and an emotionally-investing story, Offerings is such a brilliant album that is almost impossible not to re-listen

I am an Edmonton based musicophile and photographer who loves experiencing music whether it's live or on my turntable. I play seven instruments and go to a lot of concerts.
RELATED ARTICLES
album reviewsofferingsroll call records
8.0