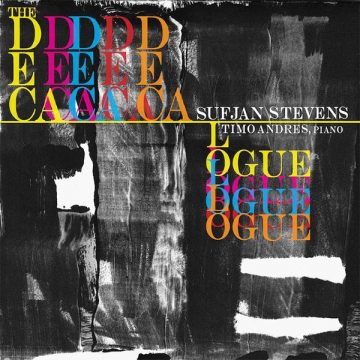 On the surface, this may seem to be an out-of-character release for Sufjan Stevens. Classical music written for a ballet? it is not. The Decalogue is not his first venture into ballets, nor is it his first instrumental or classical work. Stevens has written other ballets, film soundtracks, as well as the magnificent album Run Rabbit Run – all of which fall into the classical category – so this is really nothing new for him.

While fans may crave a more conventional album such as Carrie and Lowell, there is a great deal to celebrate with The Decalogue. This is a short album at just over 27 minutes, but it packs one hell of a punch. Stevens wrote the entire score, which is played on a solo piano by the very talented Timo Andres, and the music ebbs and flows throughout. At times it is more powerful than others, but overall, it isa consistent flow of classical pieces.

The score is split into 10 instrumental pieces, each representing one of the Ten Commandments, which are also known as “The Decalogue”. The individual tracks are short enough as to not overstay their welcome. A great many contemporary classical pieces are far longer than they need to be, but Stevens and Andres are savvy enough to get a great deal done in a very short time.

While the ballet debuted in 2017, the score has taken over two years to be released, but at least the powers that be finally shared this incredible music. If you were not able to get to see the ballet, you at least get to experience it through the album. The Decalogue is a beautifully recorded album and a stunning work of art. Stevens and Andres should be very proud of this work.

Born and raised in Whitby, Aaron discovered music through his love of The Beatles. This led to a career in radio, writing for various publications, and ultimately a radio show about The Beatles (Beatles Universe), which ran for over four years. When not immersed in music, Aaron enjoys spending time with the loves of his life -- his wife Andrea, and daughters Emily and Linda (all of whom have an intense love of music too).
RELATED ARTICLES
album reviewalbum reviewsasthmatic kitty
7.0