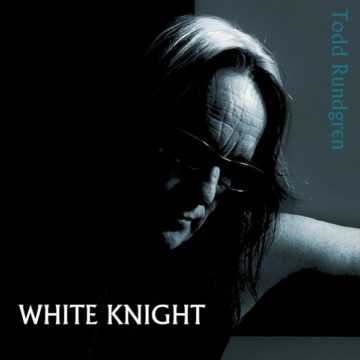 Todd Rundgren, the renowned singer/songwriter, recording artist, and producer, has released what may well be one of his best recordings to date with White Knight.

The album showcases all of the production genius that has made Rundgren one of the most sought after record producers in the world. He brings to bear all of his studio production experience with the likes of Patti Smith, The Band, The New York Dolls, XTC, Meatloaf’s Batt Out Of Hell (43 million records sold) and Hall and Oates, not to mention his own personal hits, like  “Hello It’s Me” and “I Saw The Light” from his second album in 1972 called Something, Anything.

It’s hard to pick out just a short list of great songs from White Knight, as it’s chock full of brilliant tracks, but I would be remiss not to say that I would honestly pay $1.00 every time I could listen to “Chance For Us,” featuring the blue-eyed soul of Daryl Hall, “That Could Have Been Me,” featuring the sweet sounds and melodies of Robyn, and the quirky Steely Dan-style send up of Donald Trump in “Tin Foil Hat,” featuring SD’s Donald Fagen. That’s how good they are. Others worth mentioning include “Sleep” feat. Joe Walsh, “Let’s Do This” with Moe Berg, and “Deaf Ears” with Trent Reznor.

This isn’t to say that it’s a perfect album. There are a couple of misses, which frankly are to be  expected in a 15-song set list with so many different kinds of artists and styles of music. But, without question, this is my favourite album so far this year.

Gerry Young is President of Current Records and Management, and author of the 2011 biography Pop Goes The Weasel: Rock And Roll Off The Record, available at Indigo/Chapters, Barnes & Noble, and Amazon.com. He has recorded and managed Juno Award winning bands Martha And The Muffins and The Parachute Club among others.
RELATED ARTICLES
album reviewschance for uscleopatra records
9.0