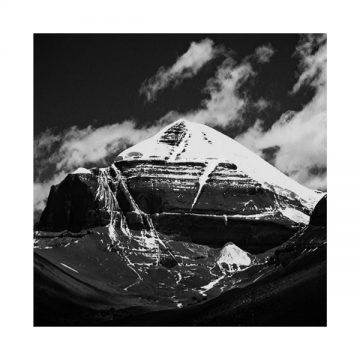 In 2004, Throbbing Gristle reformed after calling it a day in 1981. The original lineup put aside their differences, and eventually in 2007 they recorded Part Two: The Endless Not which was, very much, a band effort. Amazingly, even though it had been 21 years, they seemed to pick up right where they had left off.

Throbbing Gristle may not have invented industrial rock, but they certainly became one of the most important bands in that genre. Why?  Simply because they incorporated many different forms of music into their own. Electronic, jazz, and rock all fuse together to help form their version of industrial music. They may not have invented it, but they certainly moved the genre in many ways, and their impact is still being felt today.

Part Two: The Endless Not is not for everybody. This is organized sound, and in some ways noise. At times the songs are downright frightening and come close to being almost too much to bear. However, Throbbing Gristle always knew how far to push the music and their audience and they do this several times. The opening track, “Vow of Silence”, is a great example. The song builds and builds and becomes more chaotic, and after six minutes and 44 seconds you have had just about enough. All your senses have been triggered and that is the point. Throbbing Gristle want you, the listener, to feel their art.

Feeling their art here is exactly what you will do. That is not to say the entire album is all ‘noise’, far from it. And in typical Throbbing Gristle fashion, the most accessible song on the album, “The Worm Waits Its Turn” has a rather disturbing title. Funny title, but incredible song. The Chris and Cosey influence comes in to play in this one, and it is a welcome bit of relief before the album ends and descends into the audio afterlife of “After The Fall”

Back in 2007, when this was originally released, this was a welcome comeback from a band that many thought could not reach the critical and artistic heights of their past. They did, and it stands very well alongside their classic albums, such as Journey Into The Body (1982).

A vinyl version of Part Two: The Endless Not will be available in January, 2020.

Born and raised in Whitby, Aaron discovered music through his love of The Beatles. This led to a career in radio, writing for various publications, and ultimately a radio show about The Beatles (Beatles Universe), which ran for over four years. When not immersed in music, Aaron enjoys spending time with the loves of his life -- his wife Andrea, and daughters Emily and Linda (all of whom have an intense love of music too).
RELATED ARTICLES
album reviewalbum reviewsmute records
7.0