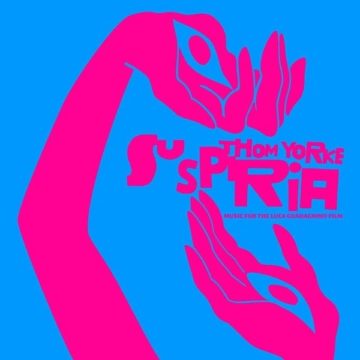 When Dario Argento’s supernatural horror film Suspiria was released in 1977, the world’s artistic landscape stood in stark contrast to the one we find today just over 30 years later. Modern cinema was defined by the likes of Stanley Kubrick, Francis Ford Coppola and Martin Scorsese at the height of their powers, while revolutionary films in terms of both visuals and soundtrack including Apocalypse Now and Blade Runner were simply figments of the imagination. The world of music, too, was pushing boundaries that are now taken for granted. Pink Floyd’s Animals had only been released earlier that year while pioneering electronic musicians Kraftwerk were at the height of their exploits that redefined the limits of what mainstream audiences could tolerate.

It was a time of experimentation and exploration, and Goblin, the Italian prog rock band commissioned by Argento to create the soundtrack to his film, took their context’s opportunity to exert themselves fully in a creative sense. Ornamenting the film with an eerie score that was so over the top that even a band like Dream Theater would be embarrassed by it, the band incorporated jazz, unsettling synth warbles and tension mounting atmospheric touches to deliver what contemporary critics deemed an unforgettable dimension to the film. It seems only reasonable that the film’s 2018 remake would need to be accompanied by a fitting successor to such a work of art in order to live up to the original’s legacy.

Director Luca Guadagnino had similar thoughts, being unrelenting in his efforts to convince Thom Yorke to create the new film’s sonic accompaniment. Despite having successfully written several pieces for films in the past, including the likes of “Exit Music (For A Film)” and the unused “Spectre”, the Radiohead frontman nonetheless found himself with the daunting task of creating an entire soundtrack from scratch for the first time. Though he was reluctant at first, it is unsurprising that a musician of Yorke’s calibre could be expected to live up to such high standards.

With his sound having been exposed across the extensive discography of his primary project as well as his solo work and his participation in the supergroup Atoms for Peace (not to mention a plethora of other collaborations), one would almost expect Yorke’s soundtrack to bear a strong sense of familiarity to those well versed with his output. Yet, despite his distinctive ethereal crooning piercing through at various moments across the score, the Suspiria soundtrack seems to have come from an entirely different dimension of inspiration.

Having the intent of moving beyond reference to Goblin’s original work, Yorke has referenced the influences of musique concrète, krautrock and Vangelis’ work for the aforementioned Blade Runner on his way to creating a distinct original score. It’s such a background that comes to the forefront in this novel soundtrack, as well as Yorke’s own inclination for experimentation and discomfort. The setting of a horror film is one that allows an artist to push the audience further than would usually be the case and Yorke has certainly taken full advantage of that extra space.

The score swings between moments of simple melodies to others of completely unfettered, structureless, synth-fueled insanity, referencing repetitive themes throughout the film while managing to never truly repeat itself. Bringing together scraping and undulating synths, haunting string arrangements, clichéd horror-aesthetic piano parts, simulated and recorded wind instruments and his own distinctive vocals into a coherent, varied and organic sound alone is an accomplishment. It’s far from unreasonable to say that Yorke’s range as a musician has never been showcased to this extent before, an achievement that speaks for itself given the career he has had.

However, it’s the attention to detail in this work that deserve the most praise. While the melodies and occasional vocals serve as haunting hooks, it’s those creeping background hums, swirls and clicks that truly raise the hair on the back of one’s neck. Tracks like “Olga’s Destruction” would only go so far without the varied movements across several mediums that drift throughout the soundscape behind the main parts. These little details are sometimes so simple and soft that they could be easily missed, while at other times they jump in the listener’s face. With these deft touches alone being enough to chill one’s bones, Guadagnino has his audience on edge before he’s even shot a frame.

Yet while Yorke’s focus is so clearly aimed at these little moments of tension, the body of the soundtrack as a whole has itself been carefully designed as if by an architect. Themes fade in and out throughout, with subtle and overt self-referencing being rife throughout the film. This is perhaps best exemplified by the theme song, “Suspirium”, and its return at the end of the score in the form of “Suspirium Finale”. While the first instance has a delicate clarity and a strange sense of novelty and innocence, that spirit has been effectively corrupted and hollowed out by the time the theme returns. Deploying the same melodies and vocal lines, Yorke manipulates their delivery, the background instrumentation and production effects to reflect the haunting journey that both the film and his score have taken since their first appearance. It’s an unsettling point of reflection that reminds the Suspiria audience where they were when it all began while simultaneously washing them with the emotions of the moment.

Perhaps the only criticism that can be laid at this monolithic work’s feet is that the piece would make for a tedious listen as a standalone album. The various interludes can be a little wearing without the scenery they were intended to compliment. Moments like the 14-minute synth solo that is the track “A Choir of One” certainly lie in the direction of being barely listenable on their own. However, while the atmospheric and ornamental side of the soundtrack is certainly emphasized throughout, it does produce a respectable number of songs that would stand out even on a more conventional Thom Yorke record. The theme tracks are hauntingly excellent while “Unmade” and “The Universe Is Indifferent” are superb additions to his repertoire, with the latter in particular bringing Yorke’s song writing to uncharted territory.

While the Suspiria soundtrack pushes every button the listener has, it is exactly that tendency that exemplifies Yorke’s debut success as a film scorer. With a timeless aesthetic that ties together familiarity and novelty in a seemingly effortless way, he has managed once again to push himself towards new realms of accomplishment.

Based in Montreal but raised across Western Europe, Andrew feels at home both everywhere and nowhere. Having picked up the piano at age four, he has since gone on to add clarinet, saxophone and guitar to his musical arsenal. As well as crafting music, Andrew spends a lot of time listening both at home and in live contexts. Rather than focusing on a particular style or calibre of artist, he is keen to explore music of any shape or size. Outside music, Andrew's passions lie in philosophical writing, visual art and sharing positivity with the world around him.
RELATED ARTICLES
album reviewalbum reviewsalternative rock
9.0