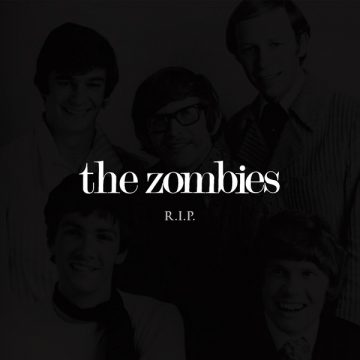 Originally intended as the follow-up to the 1968 masterpiece, Odessey & Oracle, R.I.P went unheard for over 30 years. While it found its way out of the shadows with an official Japanese release in 2000, the album had only been available in North America on boxsets. This release sees the album available for the first time as a single LP.

The first six tracks on Side One are what was intended to be the follow-up. Before they could finish the album, the band abandoned the project and dissolved just as “Time Of The Season” climbed the charts.

Side Two, while mostly comprised of outtakes from Odessey, makes for a more interesting listen. Even though they didn’t make the cut of Odessey, they seem to be more fleshed out. The songs are a combination of baroque pop and lush vocal harmonies. This is really when The Zombies truly shine.

With a similar vibe to its legendary predecessor, R.I.P. does not quite take you to the same heights despite some strong moments. While tracks like “Imagine The Swan” and “Smoky Day” are brilliant compositions, they don’t pack the same knockout punch that the something like “Maybe After He’s Gone” does.

As a child growing up in the suburbs, Ryan found music as a way to soothe his boredom. After first hearing AC/DC at the age of 10, he was hooked on music. Tracing its roots to the ‘50s, he became obsessed with Elvis, Buddy Holly and Chuck Berry. Somehow that led to grunge, then psych-rock, then jazz, etc. The list goes on and on and his collection of vinyl records continues to grow.
RELATED ARTICLES
album reviewalbum reviewscraft recordings
9.0