SPILL ALBUM REVIEW: THE ZOMBIES – I LOVE YOU 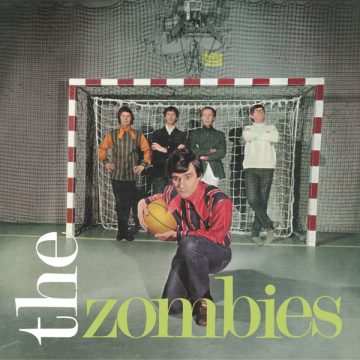 The Zombies
I Love You
Craft Recordings

I Love You, a compilation that features many well-known tracks by The Zombies, was previously only available in Japan and The Netherlands. With the recent reissues from Concord Craft Recordings, this LP from 1966 is now available in the US and Canada.

The album kicks off with “The Way I Feel Inside”. Clocking in under two minutes, this one is a gem. Beginning with the sound of footsteps, we hear vocalist Colin Blunstone start singing acapella 14 seconds into the track. Not until nearly a minute into the song, do the mellow organ chords come in. It’s a brilliant little piece of chamber music that hooks you from the start.

While most of what follows is more typical of early Zombies, pretty vocals, and upbeat melodies, it perfectly captures that feeling of groovy pop before things went psychedelic. Numbers like “She’s Not There”, “Leave Me Be” and the title track are perfect examples of this.

“Don’t Go Away” and “How We Were Before”, which are more mature compositions, show the baroque direction in which the group was headed. Not surprisingly, they are among the best songs included on the compilation.

I Love You is a solid compilation and a perfect segue from their early releases into Odessey and Oracle.

SPILL ALBUM REVIEW: THE ZOMBIES – I LOVE YOU

As a child growing up in the suburbs, Ryan found music as a way to soothe his boredom. After first hearing AC/DC at the age of 10, he was hooked on music. Tracing its roots to the ‘50s, he became obsessed with Elvis, Buddy Holly and Chuck Berry. Somehow that led to grunge, then psych-rock, then jazz, etc. The list goes on and on and his collection of vinyl records continues to grow.
RELATED ARTICLES
album reviewalbum reviewscraft recordings
7.0