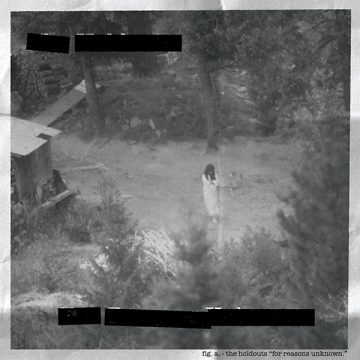 The latest offering from Tarantula Tapes’ roster is St. Catharine, Ont.-based The Holdout’s sophomore EP, For Reasons Unknown. It is an explosive and hard-hitting follow-up to their 2020 debut, Cause And Effect.

Opening with “Headcase”, The Holdouts set the bar and tone of For Reasons Unknown with a riff that cuts through the silence followed by the full band coming in, led by a series of throaty vocals. Backed by clean backing vocals, The Holdouts deliver a sound that feels equally full as it does sparse, despite the constant barrage of hardcore thrashing. There is something desolate about “Headcase” that links the band to the last two decades of punk and post punk/hardcore bands of the likes of Gallows and Alexisonfire.

The EP continues forward with the melodic and pop punk inspired “Latch” and “Standard Light Nonsense”. If The Holdouts make anything clear on For Reasons Unknown, it’s that they are at their best when they dig deeper into darker and heavier roots, straying from the slight mainstream appeal – save the screaming vocals – of the pop punk songwriting and tone. “Long Time No See” and the up-tempo “Blanket Statement”, along with the intense opening track, further this sentiment.

The Holdouts have delivered a strong sophomore release that demonstrates their ability as performers and songwriters. For Reasons Unknown is a record that balances both pop punk along with the metal-infused post punk and hardcore music of the last two decades. While they sound at their most creatively charged when their songs are more inspired by the latter, The Holdouts prove to be a Canadian hardcore punk band that should certainly be on your radar.