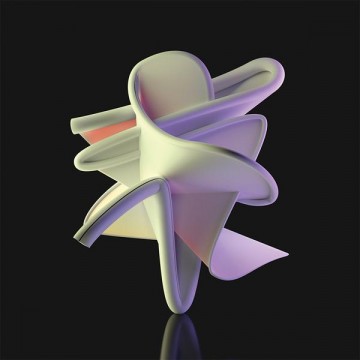 The San Fran cousins are back, with more instrumental layerings than you could shake a synth at!

Reese Donahue and Christopher Prudhomme are the architects of this 10-track release, having created the 39-minute debut LP Forever, just a few months ago. Through painstaking emailing, sending samples and music ideas back and forth to each other, the pair’s second feature finally hit a studio to be realized. Horizons meanders through a veritable who’s who of genres, judging by the strong ‘80’s synth pop opening sound of “Refractor,” to the very Depeche Mode-esque “Contact.” The cousins’ synth-heavy tracks (“Waterfall”) are buoyed with competent “ahs and ohs” vocals as solid keyboarding chops abound (“Glaciers,” “Echoes”). The unhurried “Gemini” sidesteps a gradual introduction buildup, jumping right into the lyrics from the beginning, in medias res-like with a great vocal hook. The kitschy ebb and flow of the vocals on “Control” harkens to McCartney’s lyrical meditations flow over the instrumentals in “Tomorrow Never Knows” on The Beatles’ Revolver album.

Reverbs and echoes inspire “Disintegrate” while the low keyboard playing reminds us that it’s still the star of this show. The gratuitous, extended synth solo (sans lyrics) in “Painkiller” (2:04 – 3:47) definitely did not kill the pain of listening to this track as it’s not clear why this was done for almost half the song. The final song “Tracers” was absorbing, as it advances Horizons’sound by not distinguishing itself from the rest of the album’s similar synth / vocals pattern  / accomplishments. Despite that, it was still a good choice to end the album with.

In retrospect, after the second track, some may hope that there would have been more variety in the synth sound / lead vocals throughout the album; one can’t help feeling that the tracks have the same wall of sound and instrumentals. The songs aren’t bad; they’re catchy, but the synth / keyboard / vocal melodic retreads form part of the standard recipe for every song on this album. That’s when we start wondering: did this album have anything more to offer?

With certain tracks on this album, listeners can opine about how ‘80’s synth pop is back, kicking ass and taking names. In the future, one would hope that Painted Palms will come through on their next release with a more balanced approach instead of putting all their synth sound eggs in one basket. Maybe that could be next on the horizon?

Insert pretentious stuff about me here. I was born at a very young age. I am pretty, funny... without the comma. Easily distracte
RELATED ARTICLES
album reviewshorizonspainted palms
8.0