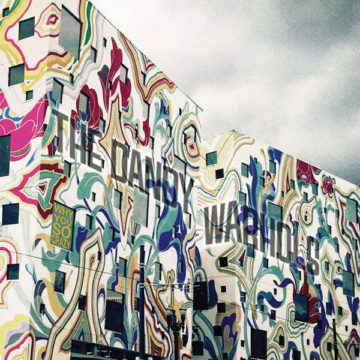 The Dandy Warhols
Why You So Crazy
Dine Alone Records

Celebrating their 25th anniversary as a band, The Dandy Warhols release their tenth studio album Why You So Crazy, that illustrates perfectly why the band remains an enigma after all these years.

Led by Courtney Taylor-Taylor on lead vocals and guitars, and Zia McCabe on keyboards and vocals, it’s a mixed and wide ranging bag of tunes, that includes the excellent first single (and short film) “Be Alright”, and equally strong modern rock ‘n’ roll tracks like “Motor City Steel”, and the humorous “Small Town Girls”, that features the usual typical Dandy Warhol type wry humour in the lyrics, that we’ve all come to embrace.

However, along with these gems, there are some clunkers too. Tracks like the plodding “To The Church” and the experimental “Next Thing I Know” are downright strange, and the southern religious revivalist spirit of “Sins Are Forgiven”, may perhaps be somewhat interesting in its own right, but doesn’t really add anything to the band’s storied musical career or, particularly speaking, to this album.

Since their breakthrough hit single “Bohemiam Like You” in 2001, the Dandy Warhols have forged their own road to success, and that includes presenting their worldwide audience with catchy modern rock songs, along with a mixture of experimental and humorous jams. Their new album Why You So Crazy, checks all the Dandy Warhol boxes we’ve come to expect – the unexpected!

The band kicks off a European and North American tour in support of Why You So Crazy in late January, and have a Toronto date scheduled during Canadian Music Week, on May 10.

Gerry Young is President of Current Records and Management, and author of the 2011 biography Pop Goes The Weasel: Rock And Roll Off The Record, available at Indigo/Chapters, Barnes & Noble, and Amazon.com. He has recorded and managed Juno Award winning bands Martha And The Muffins and The Parachute Club among others.
RELATED ARTICLES
album reviewalbum reviewsdine alone records
9.0