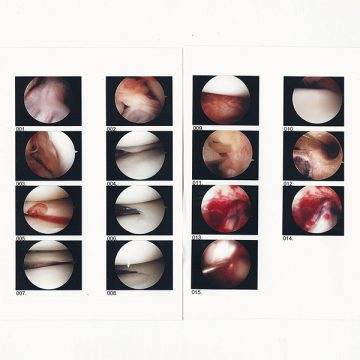 The Cradle
Laughing In My Sleep
NNA Tapes

How do you make a difference as a singer/songwriter? Well, you can start by creating music under a band moniker, but that certainly isn’t enough. The other possibility could be to make spontaneous recordings and go from there–but then, that can turn into such a mess?

How about adding to that a few experimental musical elements? Well, that can work, if you have an initial concept to work with, or one that comes up to you while in the process of creating music.

If you add up all of the above, you get Laughing in My Sleep, the latest project by singer/songwriter Paco Cathcart, who goes under the moniker of The Cradle. Paco started working on this material sometime in 2018, collecting it as a series of musical snapshots, something that can be comparable to Phil Elverum and his The Microphones/Mt. Eerie or even Robert Pollard and Guided by Voices, before they discovered the wonders of expensive studio production.

But Paco also has quite a wide selection of Asian and African folk music tapes, as evident here on “Lathe in Reverse” or “End of The Day,” the latter particularly effective in its use of Ethiopian rhythm structures. It turns out that those tapes came in quite handy, as Cathcart was able to quite effectively weave these elements into his music and come up with something that isn’t your run-of-the-mill singer/songwriter album.

Formerly a lot of things, including a journalist and a translator, currently a freelance writer living in The Netherlands.
RELATED ARTICLES
album reviewalbum reviewsnna tapes
8.0