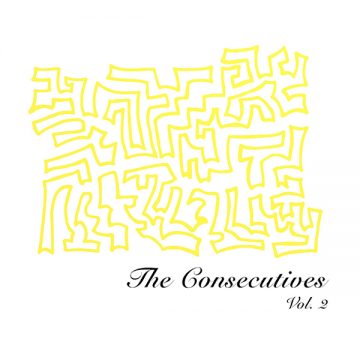 Vol. 2 opens like how all records should: with precisely 18 seconds of just drums. All jokes aside, the album kicks off with a unique and fresh beat that grooves hard. Before the band comes in, the drummer has established themself as someone to watch – best yet, this beat isn’t even the most impressive beat or fill on the record. By the time the band comes in on “Montana Slim”, the group is entirely locked in. Drums, keys, bass, and guitar performed in a tight fashion reminiscent of jazz school alumnus as a truly organic unit. The riffs are slick and the solos are over the top and indulgent, yet a sense of restraint can still be felt as the groove and chemistry within the band remains unbroken. The same could be said about the slower pace of the following track, “Albion”, a song accented by its weaving riff, sublime peaks and valleys, and tasteful guitar solo that lays somewhere in between that of John Frusciante and Santana.

Of the four tracks offered on Vol. 2, “Singularity” very well may be the most musically complex song. Beyond the rapid-fire pulse from the drums comes a blistering riff and killer sols from the keys (outfitted to sound like a vintage organ) and then the guitar. The level of musicianship among the band in just this song alone is truly impressive. Vol. 2 comes to a close with “Highway”, a song that lends itself to the crossroad between funk and the blues. The song, despite its downtempo, brings the album to a climatic close due to the jaw-dropping guitar solo that’ll take you on an express trip straight to shred city that, once again, grooves with the rest of the band without overstepping.

All in all, The Consecutives have released a stellar example of a collision between sheer musicianship and organic chemistry. The resulting four tracks are incredibly performed and should certainly elevate the band as a must hear listening experience and should be championed as the new guard for the instrumental funk genre. Their musicianship, as sophisticated and tasteful as it is, is hungry, ambitious, and beyond driven. Vol. 2 is, without a doubt, a fantastic record.

A passion for music has always been a part of Gerrod’s life. As a young boy, he was raised on a steady diet of the music from The Chili Peppers, Aerosmith, The Stones, Prince, and others from his mum. Raised in the GTA, Gerrod continued to foster his love for music by attending a wide range of concerts and learning the drums. His unapologetic passion for music has no bounds and has spread to a wide variety of styles, whether it be the 90’s rock that sound tracked his teenage years, the jazz he studied in university, or his newfound love for hip-hop. He recently received his bachelors in music and education from York University and is passionate about writing and reviewing good (and less than good) music. Gerrod is also the drummer and songwriter for a Toronto based rock & roll band, One In The Chamber.
RELATED ARTICLES
album reviewalbum reviewssingularity
8.0