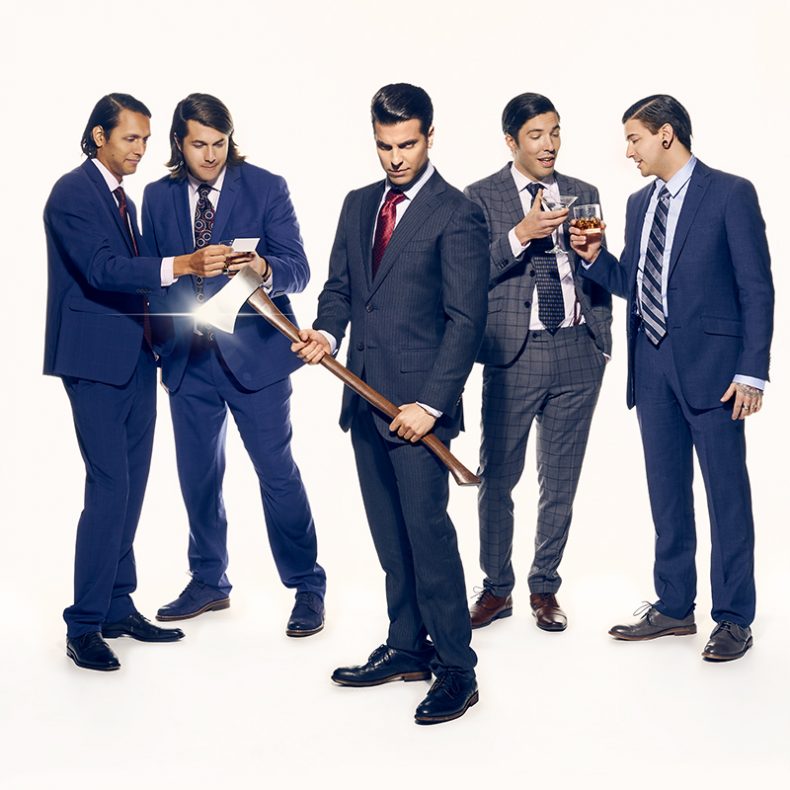 A CONVERSATION WITH SPENCER CHARNAS OF ICE NINE KILLS

Ice Nine Kills is as illustrious as it is fascinating. One of the most unique bands in the alternative scene to date, it has an extraordinary history, spanning from 2007 to the present. The decadent and vehement music style that is within each album release shows just far they have come, and proves to the world what metalcore could be if you were open to the concept of exploring different music genres.

This brings us to the upcoming October release of The Silver Scream 2: Welcome to Horrorwood, already baring its teeth with creativity and dominance. It takes us into “real-world murder,” where the only evidence left behind is 13 songs to regale the tale. These last two releases have been different from 2015’s Every Trick In The Book. Vocalist Spencer Charnas shares … “Yeah, I think the main difference here would be the films themselves as opposed to the books… They already have a visual element, but not just a visual element, an audio component you know. I think that I wanted to use some of the most recognizable stuff from the scores of each film…Not just completely copying them, but giving their sort of nod to them. For example, “Stabbing In The Dark,” which pays homage to John Carpenter’s Halloween score, to Jaws which was one of the most famous scores of all time. So, in many ways, I would say it was easier because we already had some sort of blueprint of the sounds of the film. This is something that you don’t get with literature. So that was the main difference, and also was what made it easier.”

While Ice Nine Kills have made it look easy to combine horror cinema within their creative style of metalcore, the band has taken the time to craft its sound over the years. Horror is real.  Ice Nine Kills unmistakably half fulfilled this premise with these two releases. At the same time, it has given us a reason to revisit these moments in horror in a new and exciting way. ” I think when we started to do albums based on themes, like, starting with Every Trick In the Book, through these two Silver Screams, for me as the main songwriter, it became a much more rewarding and enjoyable process to write music and lyrics because I’m writing stuff about the source material that I already love, you know.”

“It’s not personal experiences, it’s not digging up bad memories, or experiences, it’s just purely fun. It sort of lets me relive these movies in such a cool way. Not only am I enjoying rewatching them so I can get all the details right for the song, the lyrics, and the visuals, but it also lets me put my own stamp on these films that I love and hold so dearly.” 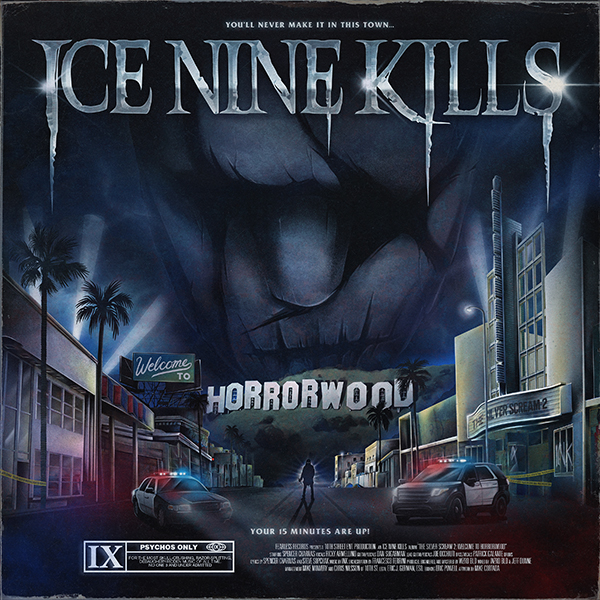 “There is also a really cool nostalgic factor that brings me back to my childhood when I fell in love with a lot of these movies, which is a very great thing. I’m a very nostalgic kind of guy. I’m always the one saying I love what came before more so than after whether it’s music, film, or pop culture. Personally, it seemed to be a turning point for the band in terms of being able to do this for real, being able to sustain ourselves, and being able to live off of this as a career. It’s been so rewarding in all those different ways.”

Rewarding it has been, as The Silver Scream was not only a success and got them nationally recognized for their talents, it changed the way we related to metalcore in many ways. Immensely entertaining, genre-dimensional, theatrical, and atmospheric, it was a proud moment for the scene. The Silver Scream 2: Welcome To Horrorwood is no different. Taking no prisoners with each track experience, it excels at bridging the gap between metal and horror cinema, offering a wide range of vocal tones, concepts, and instrumentality while also telling a completely original story on their part. “Well, starting with “The Shower Scene,” you know, Psycho is the source material for that. It’s the grandfather of slasher cinema, you know. Highly influential on films like Halloween, which John Carpenter admits is a huge inspiration for how he made Halloween, even going right down to casting Jamie Lee Curtis for the lead because her mother, Janet Lee, because of the shower scene in Psycho. There was this pressure to make this one incredible because of how influential this is on the horror genre.”

“Cabin Fever was the source material for “A Rash Decision.” Eli Roth has always been such a great filmmaker. I wanted to illustrate this frantic, all-over-the-place vibe the film possessed. You wonder if it’s going to have this Evil Dead-like vibe or this college-comedy type of vibe to the film. We then realize there is this flesh-eating bacteria and it becomes this case study about how different groups of people deal with this type of situation to varying degrees of tragedy.”

“With “Wurst Vacation,” I wanted to have that European flair to it. You know the movie obviously takes place in Europe, so that was a lot of fun getting to dabble in that and to bring an almost Rammstein style. We also bought in a German voice actor to get that authenticity to the song.”

While The Silver Scream and The Silver Scream 2: Welcome To Horrorwood are wickedly clever records with all the fixings and perspectives of atmospheric horror, beautiful guitar riffs, massive percussive excellence, “Hip to be Scared” brings in another component that’s hidden under the surface when it comes to bands that hit the big time. This release will no doubt become the icing on top of another cake that is Ice Nine Kill’s career, but is that where one wants to stay for the longevity of it? Where growth becomes hard to venture off to creatively even if they are your best records?  “I think that anytime you have success in terms of a specific album, one of the things you have to prepare yourself for is that you’re going to have to know that there will be people that will want you to sound a certain way. I think that comes with the territory. You’re never going to please everyone. Some people are going to like what you do no matter what, then there are going to be people that are going to say that, ‘It’s not as great as your previous album.’ I think you have to accept that if you are in the public light in any way.”

Ice Nine Kills is a musically strong act whose future grows brighter with each release. A leading-edge band that consistently walks to the beat of their own drum, The Silver Scream 2: Welcome to Horrorwood is a gorgeous example of what composition and production look like when it is at its strongest. Each song has its own identity while at the same time can tell a complete story. If The Silver Scream was anything short of stellar for listeners, this one is about to blow everyone away when it drops on October 15.

by Melinda Welsh on September 1, 2022
I’M IN LOVE WITH BAD THINGS A CONVERSATION WITH I PREVAIL VOCALIST ERIC VANLERBERGHE Not only has I Prevail just released a new record, True Power, but the band is also about to embark on a new tour, the True Power tour which kicks off on [...]
8.0

by Melinda Welsh on August 19, 2022
I Prevail True Power Fearless Records Michigan’s I Prevail have emerged from a nearly two year break to deliver their third album, the highly anticipated follow up to 2019’s Trauma. True Power, their most aggressive album yet. In June, they [...]
9.0

by Melinda Welsh on October 15, 2021
Ice Nine Kills The Silver Scream 2: Welcome To Horrorwood Fearless Records If there’s one thing Ice Nine Kills fans know, it’s that the band consists of visionary trailblazers and gifted multimedia storytellers, who have crafted to perfection [...]