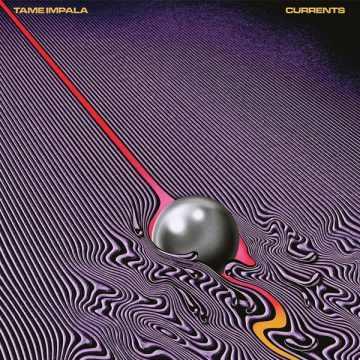 Every so often an artist produces an album that comes from left field. Whether it’s a change in their subject matter or sound, these albums often turn out to be the ones we remember them for. The Beach Boys’ Pet Sounds, Radiohead’s Kid A and Bowie’s Low are just a few examples. The latest from Tame Impala, Currents, can be likened to these revolutionary records with its drastic departure from its predecessors.

Since 2008, studio mastermind, Kevin Parker has been releasing his extraordinary psych-rock under the name Tame Impala. Over the last few years, Parker’s sound has evolved from the Cream style, that was apparent on Tame Impala’s self-titled EP, to a lush Magical Mystery Tour vibe on the critically acclaimed Innerspeaker and Lonerism.

After the release of 2012’s Lonerism, most people probably thought Parker would have stayed in the realm of psych-rock. But to the surprise of many he made the jump to R&B, for the greatly anticipated Currents. Recorded over three years, the album gives us Parker at his most prolific and focused level. All 13 tracks are all exceedingly unique, with each one exploring new territory.

The most notable difference sonically on Currents is the lack of guitar, which has been replaced, for the most part, with vintage synthesizers. The heavy synth vibe gives the album an ‘80s feel at times (The backing track to “The Moment” sounds almost identical to “Everybody Wants to Rule the World”), but for the most part the album is about as modern as rock can sound in the 2010s.

While the album does keep some signature psychedelic elements, it is obvious that the song progressions are disco/R&B influenced. According to Parker he listened to ‘90s pop and R&B while he was making the album, which comes through on the final product.

With song titles such as “Yes I’m Changing” and “New Person, Same Old Mistakes” it’s clear that Parker is going through some major changes. Currents is clearly a breakup album. On the surface it is a breakup album that deals with the end of a relationship. On “Eventually” the chorus is essentially a redo of the “it’s not you it’s me” with “But I’ll know that I’ll be happier/And I know you will too/Eventually.” Beyond the lyrics, Currents is also a breakup album in terms of his relationship with music, in particular guitar-based music. While the guitar may take a back seat on this album Parker’s heavily distorted power-chord solo can be heard loud and clear on album opener, “Let It Happen”.

Music aside, Parker’s vocals have also changed radically. Dispensing with his nasally John Lennon-esque singing style, he has replaced it with a poppier, falsetto that pulls the listener in and keeps them absorbed in the albums infectious melodies. “The Less I Know the Better”, the albums true highlight, is a prime example.

Currents may seem a bit off-putting to long-time Tame Impala fans with it shift from psych-rock to R&B but the more you listen to the album, the more it grows on you. It sneaks up on you and gets better with each listen. The only real downside to Currents is that it will be difficult for Parker to top himself when he does release another album. But with his musical brilliance, you can’t put it past him

As a child growing up in the suburbs, Ryan found music as a way to soothe his boredom. After first hearing AC/DC at the age of 10, he was hooked on music. Tracing its roots to the ‘50s, he became obsessed with Elvis, Buddy Holly and Chuck Berry. Somehow that led to grunge, then psych-rock, then jazz, etc. The list goes on and on and his collection of vinyl records continues to grow.
RELATED ARTICLES
album reviewscurrentstame impala
9.0