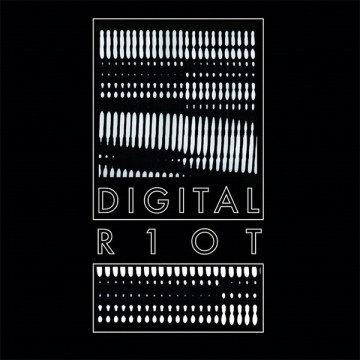 Electronic music is still in a state of rapid expansion. Artists all over the world continually grope, with knobs, cords and software, hoping to touch the limits of their domain. Eno still searches for self-generative music, Wilhelm Bras for custom-synth complexity, Nicolas Jaar for organic tapestries Villalobos-esque tapestries. And those are just three among thousands. Each of these, in their respective genres (Ambient, Noise, IDM), are pulsing further and further down paths unexplored but identified. Meanwhile, genres like Big Beat and Drum and Bass, while losing the mainstream prominence that they white-knuckle gripped in the 1990s, have also split into different flowing sub-channels, but with much less precociousness. One of these slipstreams, though still not clearly defined, gives the listener Big Beat and Drum and Bass as they’ve always known them – but with an extra tablespoon of synthesized noise, and a visceral sense of industry.

The result of this genre-wide shift is a) Big Beat that has less emphasis on seismic thumps (hip-hop has seemingly been handed that torch), and b) Drum and Bass that maintains its propulsive demeanor whilst adding complexity and ambiguity. “Digital Riot” by R10T is not an explosive convergence of these deliberate movements in the genres thus far. Instead, it is a smallmouth bass hiding just beneath the spilling wave; a burning indicator of the major aesthetic changes afoot.

Opening track “Death Pony Express” thrums along like a house sparrow on amphetamines. The overriding guitar riff is simple, but catchy, and you’ll find yourself nodding along before it plunges into a glassy final minute, where the drums sound like they’re trying to toss a salad and beat a person to death at the same time.

Then comes “Enabler” with its goopy synth melody that dissolves occasionally into an ethereal wave, riding up and up and up on a dark cloud of hushed noise. It is a glimmering island above the grimy city, and certainly the most sublime track on the EP.

The next track, Intermission, arrives by breaking down the front door, and pumps a shiny, shifty break-beat groove deep into the ear canals. Towards the end it begins to collapse on itself, but the beat remains intact and relentless, a contraption determined to trudge ahead and leave the tangled up synths behind in necessary. This song more than any other flirts with same type of noise-techno on Container’s 2015 “LP”.

The final two tracks, “Banshee” and “Space Inside”, are more formulaic. The pace is quick, the ascending melodies are crude, and the textured layovers are glacial.

By the end, it was like I had listened to Pye Corner Audio cover Death Grips, though perhaps without the nuance and experimentation. What surprised me most about Digital Riot was that despite the lack of narrative handholds, a uniquely “Blade Runner” aesthetic and general ethos of technological distrust wisped off in tiny tendrils with every listen – an increasingly common trope in contemporary music (just look at Holly Herndon, Oneohrtix Point Never, and most vaporwave releases). I suspect this is purely reflexive, a demonstration of how our post-Snowden realities are rippling outwards and informing our culture.

Ideology and titular-rioting aside, there is still an emergent musical verdict: if you’re craving a quick-fix of blood-pumping, vaguely anarchic beats, definitely give this EP a listen.