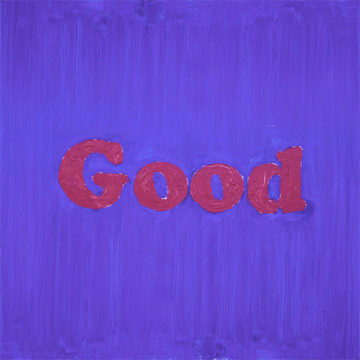 They say a thousand bands were formed the day after The Beatles played on Ed Sullivan, the standard four piece, two guitars, bass and drums with vocals. After The Ramones played the Roundhouse in London in 1976, the new word was anyone could form a band! And the new standard was the same four piece, with short,concise songs and, a lot of power and rage.

The lineage ran deep in the UK, from the anarchic Sex Pistols,to the two minute intensity of the Buzzcocks and the cool cerebral guitar interplay of XTC. This was the definition of the new committed rock. Fashions come and go but the rock model carried on, sometimes called punk,sometimes power pop, and the template remained the same, short, economical bursts of sound with an underlying feeling of authenticity. A sense that the music was coming from a real place outside the commercial machine.

The Stevens, an energetic four piece from Melbourne Australia are here in 2017 to give the standard yet another twist with their new album Good. This is the followup to their 2014 album A History Of Hygiene. Eighteen concise tracks, painted with a lo-fi palette, the instruments blending into a cohesive, driving whole. The kind of band that would sound great in mono. Their songs develop in a restless, wandering manner, guitars play off each other over a steady rhythm section. Gradually the album emerges as a whole, the inviting sonic buzz of the band hiding  a lyric sensibility more grounded in our uncertain present than any nostalgic past.

‘Give me a chance, chance to be a stranger’ they sing on “Chancer”. “I don’t know if you’ll be pleased to meet me,” here is a sense of personal ambivalence over a track that recalls the swagger of The Pretenders “Back In The Chain Gang”. There’s a prog-rock vibe to “My New Hideout,” one of several songs on the album with an expansive approach to standard chord progressions. “Pulling All The Facts Together” uses this same creative approach to song structure while literally pulling the lyric together from found bits and pieces.

Happily the album also contains two great instrumentals, that much neglected musical discipline. “Escape From Party Island,” a moody minute and fifteen seconds of guitar interplay and “Super Subtle,” about a minute of sound manipulation extend  the sonic promise of the other more conventional songs on the album.

Recorded on an eight track reel to reel tape machine, the album is well served by the  ambient warmth of tape, the music  arranged carefully to take full advantage of the dynamics of the basic rock band, two guitars,bass and drums with vocals!

The Spill Magazine is a Toronto-based online publication dedicated to covering the independent music scene with a strong focus on our thriving hometown talent. Our writers bring you up-to-date news, in-depth features on musicians and reviews for the latest CD releases. We also travel to the front lines for all local festivals including Canadian Music Week and North by Northeast. Don’t forget to check out our Facebook and Twitter pages for all daily Spill updates.
RELATED ARTICLES
album reviewschapter music
8.0