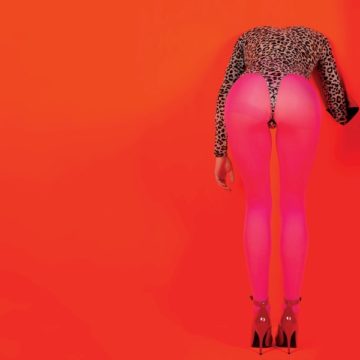 Recorded during the mixing of 2017’s very similarly named MASSEDUCTION, the newest release from St. Vincent, MassEducation, is a stripped-down version of its slightly elder sister that features St. Vincent on vocals and Thomas Bartlett on piano as the sole musicians. The first indication that further creative possibilities existed for MASSEDUCTION came after the release this past summer of “Fast Slow Disco”, a reworking of original album track “Slow Disco”. The theme continues on MassEducation with “Slow Slow Disco” leading off the album, but with slightly more mixed results; where “Fast Slow Disco” coupled solid beats with St. Vincent’s fragile vocals, the piano-based version limps towards its conclusion as it lacks the depth of instrumentation to balance the vocals. This, if there is one, is likely the theme that seems most consistent on the album – that while some songs flourish under a softer, sparser lens, there are others that lose much of their life and vitality, as they are clearly meant to carry more than just a piano allows for.

In the former column, those that benefit from the re-imagining of their original selves, “Fear the Future” is a standout even though it has had several, dense sonic layers peeled away, showcasing the real quality of St. Vincent’s vocals. Equally impressive are songs that leaned towards tenderness in their original incarnations, especially “Smoking Section”, “New York”, and the heartbreakingly honest “Happy Birthday Johnny”. In the latter column is much of the rest of the album unfortunately – songs that, had this been their original incarnations, would have carried much less weight or life and though interesting, cannot truly stand on their own minus all their depth. “Sugarboy” and “Pills” both lack sorely from the absence of backing vocals, and “Los Ageless” feels oddly lifeless, while the remaining tracks failed to grab the listener’s attention in any way nearing their originals.

Though it was an interesting experience and an active listening exercise, MassEducation will likely appeal most to die-hard fans of St. Vincent. If there is one edifying truth that comes from this album though, it is the confirmation of just how impressive and chameleon-like St. Vincent’s vocal ability is, capable of power and tenderness, channeling Kate Bush as easily as Madonna or Debbie Harry and never failing to impress.

Br. lives in southern Ontario, grew up on The Beatles and The Journeymen, spent his adolescence immersed in grunge, and his adulthood in British alternative. His greatest joy is seeing his son dance and grow into his own appreciation of the indescribable joy of music...
RELATED ARTICLES
album reviewalbum reviewsloma vista recordings
7.0