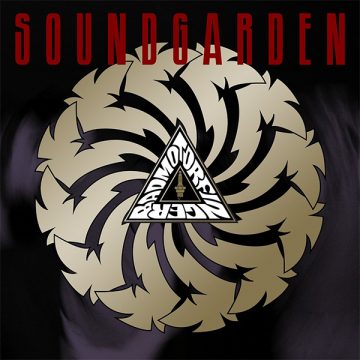 What can you say about the album that set the bar for the grunge genre? A lot!

Although there were other grunge bands emerging around the same time in Seattle, like Pearl Jam, and there were even notable ones before them, like Temple of the Dog, Soundgarden’s Badmotorfinger set the bar for the grunge scene by being the first full grunge album. This album also cemented Soundgarden’s own unique style and introduced the band to the entire world. Originally released on October 8 in 1991, Badmotorfinger was marked by three singles, “Jesus Christ Pose,” “Outshined” and “Rusty Cage.” The album also went on to reach double platinum in the U.S. and platinum in Canada.

The Pre-order Super Deluxe consists of 4 CDs, 2 DVDs, and 1 Blu- ray Audio disc. The 4 CDs include the remastered original album, plus fifteen previously unreleased studio outtakes, the track “New Damage ft. Brian May” (from Queen), and the recording of Live at the Paramount in 1992. The two DVDs contain Soundgarden’s Live at the Paramount concert, and Motorvision + More: Soundgarden’s 1992 Motorvision home video, which is being released on DVD for the first time. There are also bonus videos which include 11 unreleased live performances in 1992, and the three official music videos from the original album. The Blu-ray Audio disc contains the original Badmotorfinger album, three B-sides, and the three official music videos. All of this is wrapped in a special collector’s box. 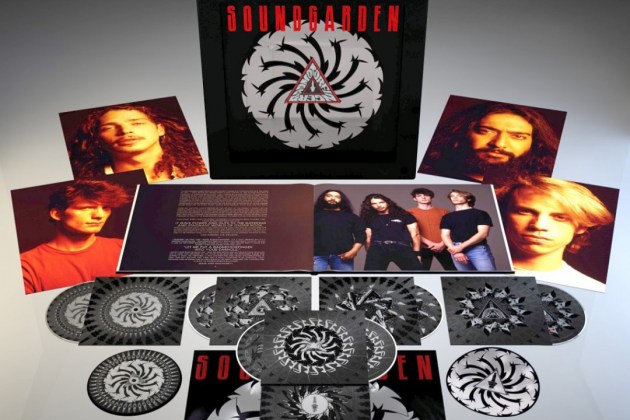 The 2 CD Deluxe Edition contains the remastered original album, eight studio outtakes, “New Damage (with Brian May)”, and seven tracks from Live at the Paramount. The one CD and 2 LP special editions contain all of the songs of the original but remastered. Diehard Soundgarden fans who have returned to the LP roots of music will love the black vinyl 2 LP edition, which contains a 25th anniversary vinyl etching on side four of the record, and a download card for a digital edition of the album.

Badmotorfinger was not only an important album that launched Soundgarden’s career, but its reception led to grunge becoming more accepted by the public, and ultimately moved the genre out from the rainy Seattle into homes and airwaves around the world. In 1992, Badmotorfinger was nominated for Best Metal Performance at the Grammy Awards, and in 2006 it ranked 45 out of 100 in Guitar World’s “100 Greatest Guitar Albums of all Time.”

However, Badmotorfinger wasn’t without controversy. The single “Jesus Christ Pose” and the accompanying music video angered many listeners for the religious imagery, which many critics accusing the band of being anti-Christian, and the video and song were ultimately removed from MTV. However, this didn’t impede the album’s success and Soundgarden continued on.

So what does all of this glitz amount to? An ultimate Soundgarden fan dream come true, and a piece of music history up for grabs. The tracks are cleaner than the originals, the dominant wah-wah pedal sound more distinct, and the band’s well known odd time signatures more pronounced. Even if you are only a mediocre fan or relatively new to the band, the remastered tracks are ones that you definitely want to have in your music collection merely for the iconic value. After all, it is clear that Soundgarden has left their mark on the music industry, and having a bit of that music history is essential for every modern music fan.

Samantha “Sam” Stevens is half a music journalist, and half an academic scholar. With a graduate diploma and MA in Journalism, Sam has covered musicians all over the world and her work has appeared in Guitar Girl magazine, North Bay Nugget newspaper, The Link newspaper, and a few others. She even founded and managed her own music blog The Littlest Voice for 5 years, in which the spotlight was thrown on new and emerging indie artists around the globe. Currently, Sam is a PhD student at Carleton University in the School of Indigenous and Canadian studies where she is continuing her MA research on colonial language in Canadian news and government institutions.
RELATED ARTICLES
album reviewssoundgardenuniversal music canada
9.0