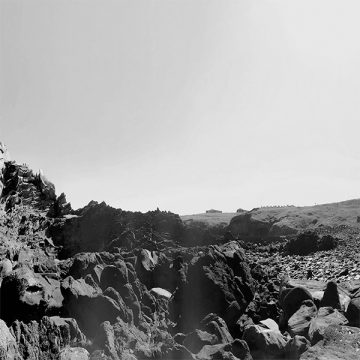 Ben Chasny, or Six Organs of Admittance is one of those artists to whom you can attach only one label — expect the unexpected. Throughout his quite illustrious career he’s done practically anything that challenges the borders of any musical genre you can think of. One moment it could be something in the vein of John Fahey’s so-called primitive guitar, the other psychedelic keyboard meanderings, or complete avant-garde experimentation. With or without vocals, his pick in any case. All the time though, he never went under the level of quality that you can characterize as ‘very good,’ at least.

On The Veiled Sea, his latest release, Chasny seems to be in a mood to present us his vision of one of the more exciting veins of ‘70s prog rock, usually dubbed as Krautrock, as its origins stem from some of the best bands originating in Germany at the time, namely Can, Amon Duul II, and Faust.

And as is usually the case, Chasny applies his almost impeccable guitar technique here, the electric one, as well as his usual touch of channeling certain musical genre through his own vision and touch. You don’t have to go any further here than his version of Faust’s J’ai Mal Aux Dent which Chasny turns into a seven-and-a-half-min epic.

But certainly, go further, to guitar excursions like “Somewhere in the Hexagon of Saturn”, or Popol Vuh-like atmospherics of “Old Dawn”. Whatever you pick, you will encounter Chasny’s personal vision, no matter what.

Formerly a lot of things, including a journalist and a translator, currently a freelance writer living in The Netherlands.
RELATED ARTICLES
album reviewalbum reviews