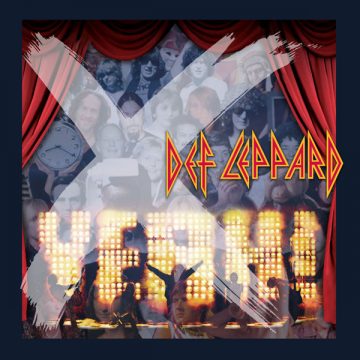 If your band has been around for 40 plus years and produced monster hits such as “Animal” and “Photograph” back in your heyday, I guess you are entitled to put together a monster box set. Volume Three is an absolute monster – six CD’s, featuring the British new wave heavy metal/glam rock’s work from the 2000s onward. There is a fourth volume box set planned as well so Def Leppard isn’t going away. When questioned about a rumoured breakup in 2009, the band laughed it off saying, “…what else would we do? You can’t just imagine doing anything else.”

The longevity of the band is to be commended. Most of the original members when the band formed in 1977 comprise the current version of Def Leppard. The band was inducted into the Rock And Roll Hall Of Fame in 2019 and yes…..they have done a stint in Las Vegas. Interesting fact: Def Leppard was inducted into the hall of fame by Queen guitarist Brian May and the box set features a live version of “Now I’m Here” with special guitarist May.

Hardcore Leppard fans won’t find a lot of new material in the box set. The albums X, Yeah! (which is an album of covers) and Songs from the Sparkle Lounge are in the forefront. But what you will get is an insight of the musical influences on the band with their clean cover versions of T-Rex, The Rolling Stones, David Bowie, and so on. There is no doubt Def Leppard are talented musicians. They could probably one up Spinal Tap’s free-form jazz odyssey quite successfully (listen to Leppard’s version of Jeff Beck’s “Cause We Ended As Lovers”).

If this is your first introduction to Def Leppard, definitely go with 1983’s Pyromania and 1987’s Hysteria. Longtime fans will appreciate the musicianship found in this boxed set.

An educator who also tries to introduce others to great music. It's a never ending job.
RELATED ARTICLES
album reviewalbum reviewsdef leppard
8.0