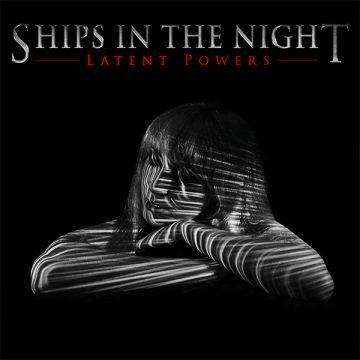 Are the current times perfectly suited for some synth-based darkwave that skids along between ambient lullabies and nightmares that stick somewhere in your mind?

If your answer to that question is yes, then it just might be the right choice to check out Alethea Leventhal aka Ships In The Night and her latest album Latent Powers.

Easily recalling the heyday of 4AD records and its predominant sound, Leventhal tries to give that sound a touch of her own personality, pulling up the strands that actually created that sound, and mixing them up in a new order. After all, Leventhal was at one point able to pull her own take on Echo and The Bunnymen’s classic “Killing Moon” with excellent results, which is included here.

On Latent Powers, although Leventhal is able to conjure exactly the images her nom du plume of ships in the night seems to represent — dark shapes and contours that are not so easy to discern. They can either scare you or calm you, usually at the same time.

And as the title of the first track on the album indicates, all you have to do is wait for the first light to make sure which it is. Still, at other times you don’t want the night to end, so you let Latent Powers play one more time.

Formerly a lot of things, including a journalist and a translator, currently a freelance writer living in The Netherlands.
RELATED ARTICLES
album reviewalbum reviewsalethea leventhal
7.0