SPILL ALBUM REVIEW: SHAWN BENFIELD – THE SHORTER IT GETS, THE HARDER IT HITS​.​.​. 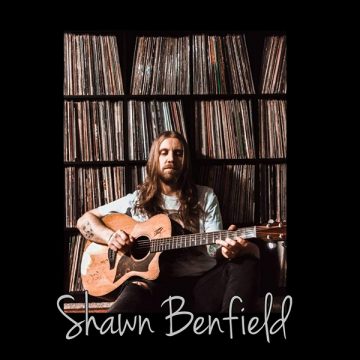 Shawn Benfield
The Shorter It Gets, The Harder It Hits​.​.​.
Shotgunn Records

There must be something in the drinking water in The Appalachians, as here we have yet another artist from that region making his debut with the EP The Shorter It Gets, The Harder It Hits… This is straight-ahead country folk, perhaps leaning heavier on the country side, but that is fine with me. Benfield and his band have come up with four songs that will stop you in your tracks. The melodies and lyrics literally get on a grip on the listener and will not let them go.

“Well I’ve been down this road before” sings Benfield on the opening track, “It’s A Start”. “And I don’t want to go anymore”, he adds while he is accompanied by superb mandolin accompaniment and restrained drums. His vocals suit the song, and before you know it, you are launched into the hills of West Virginia. He expertly sets the scene, and lets it grow throughout the song the rest of the album.

The songs sound personal, but yet one can easily identify with the sentiment. Maybe not the landscape, especially in the moving “The River (Lay Me Down)”, but we know where he is coming from and what he is aiming to achieve. “Praying for the wind to change” says a great deal in very few words. His imagery throughout the song makes it a work of art. That is the beauty of these four songs. Benfield invites you in, into his world, and for 16 mins and 22 secs, we are invested into what he has to say, partly due to the strong lyrics, and partly due to the fine musicianship. Listen to his guitar in “The River (Lay Me Down)”, which is inspiring.

One could call this music American, but that narrows it down far too much. This is just plain great music. Fans of Dave Rawlings Machine, Justin Townes Earle, and Drive By Truckers will enjoy this. Their vibe is felt throughout the four tracks, but make no mistake, Benfield and crew create their own distinct sound and style.

SPILL ALBUM REVIEW: SHAWN BENFIELD – THE SHORTER IT GETS, THE HARDER IT HITS​.​.​.

Born and raised in Whitby, Aaron discovered music through his love of The Beatles. This led to a career in radio, writing for various publications, and ultimately a radio show about The Beatles (Beatles Universe), which ran for over four years. When not immersed in music, Aaron enjoys spending time with the loves of his life -- his wife Andrea, and daughters Emily and Linda (all of whom have an intense love of music too).
RELATED ARTICLES
album reviewalbum reviewsthe river
10