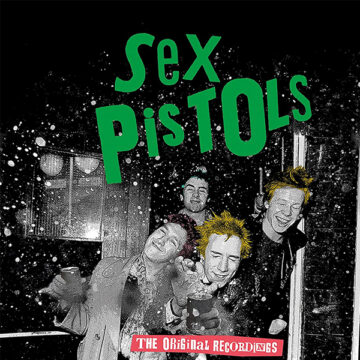 Just in time for Queen Elizabeth’s 70-yr jubilee — and the FX limited series Pistol based on the autobiography of Sex Pistols guitarist Steve Jones — comes this compilation of remastered Sex Pistols recordings. Timely as it is, pretty much all of this material has been available for years, which might have all but the most earnest collectors asking, “Why?” The Pistols famously have never been shy about their interest in your money, of course — why else is the album available in black, green and yellow vinyl, and on cassette in five different collector covers, as well as CD? Nevertheless, this is a brilliant overview of the legacy of one of the 20th century’s most audacious bands ever signed and recorded by a major label. A full ¾ of the group’s only proper album, 1977’s “Never Mind the Bollocks,” is here, along with the B-sides to their various singles, including searing versions of the Stooges classic “No Fun” and Paul Revere & the Raiders’ “(I’m Not Your) Steppin’ Stone.” Johnny Rotten’s sneering vocals and lyrics still overwhelm with the same potency as ever, as do Jones’s cutting, multilayered guitars. It’s mostly all here — including, for both good and perhaps less so, a number of tracks recorded after Rotten’s departure that were featured on the soundtrack to The Great Rock & Roll Swindle, documenting an uncomfortable slide from their peak. A few titles are missing, but even if you grew up on the “Bollocks” LP, there’s enough gold here that you won’t be left feeling cheated.