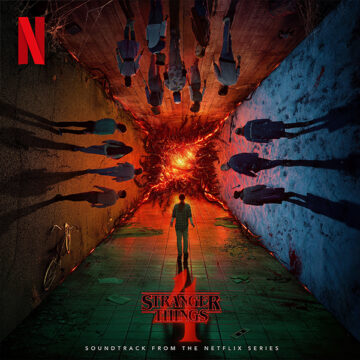 Stranger Things Season 4 has finally been released on Netflix after a 3-year wait. Also released is the official soundtrack, which includes a 16-track selection of songs from the 80s.

Listening to the soundtrack to season 4 is like listening to your friend’s mixed tape. It is warm, familiar, and nostalgic. It is a compilation that will once again introduce a whole new generation to the songs we and our parents grew up with.

The inclusion of Kate Bush’s “Running Up That Hill” is brilliant, with its dark, dreamy sound.  It is currently experiencing a resurgence and is running up the charts once again, being given a whole new lease on life. It’s moments like this that take you back to your childhood when you popped the new Kate Bush cassette, Hounds Of Love, into your Sony Walkman. That would be August 1985 and I don’t mind being reminded it was almost 37 years ago because it’s a period I embrace.

Extreme is experiencing a second run of 1989’s “Play With Me”, originally on the soundtrack to Bill & Ted’s Excellent Adventure. It is a fast-paced song with shredding guitar licks. It certainly picks up the pace of the album.

Journey’s “Separate Ways (Worlds Apart) – Bryce Miller/Alloy Tracks Mix” is the only real new track here. It feels disconnected to the point that I forget what song I’m listening to.  It sounds like they just stripped away the instruments and left the vocals isolated, arranging the verses to the point where there is one verse and one chorus, leaving too many empty spaces.

Other interesting pieces include The Beach Boys’ cover of The Mamas & The Papas’ “California Dreaming”, Musical Youth’s “Pass The Dutchie”, as well Mae Arnette’s “Chica Mejicanita”. It is also pleasant to hear two of the greatest of all time, Louis Armstrong and Ella Fitzgerald’ closing with “Dream A Little Dream Of Me”.

I always have higher hopes for Stranger Things’ soundtracks than for the show itself as the songs always resonate so well alongside their aligned sequences under the amazing supervision of Nora Felder. It was well the worth the wait.