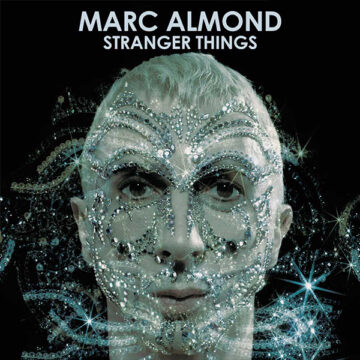 Stranger Things was originally released in 2001 and was Marc Almond’s 11th solo album and in many ways it was a bit of a departure for him. For this album, Almond teamed up with Jóhann Jóhannsson (Lhooq, Dip, Hafler Trio) which brought out a more goth sound from Almond, while at the same time being very orchestrated and produced. Vocally, Almond never sounded better and, although the lyrics are more on the dark side, Almond sounds like he is having the time of his life. The album is synth-based, but was not a retro sounding 1980s album, rather, Almond was moving further away from his Soft Cell days and making it clear that in 2001 he was ready to move into a whole new atmosphere. It is hard to believe that the album is now 20 years old, and has received the expanded treatment. But it is deserving of the deluxe status and it is an album that should be rediscovered.

A great deal of credit needs to go to producer Jóhann Jóhannsson, who cowrote a great deal of the album both with Almond and former Sugarcube member Siggi Baldursson. Like longtime collaborator Neal Whitmore, Jóhannsson gives Almond a great deal to work with and develop complete songs. And Stranger Things is full of outstanding, well-constructed songs. And while the orchestrations and arrangements lean towards goth, lyrically it is not all doom and gloom. Don’t be fooled, there is a lot of darkness, but there are some very bright moments. The album opens with “Glorious” with the refrain “It’s only love that moves us on”.  The upbeat melody and incredible vocal performance from Almond makes the song not only a brilliant way to open an album but one of Almond’s strongest songs of his solo career.

However, from that point, the sadness seems in with the melodramatic “Born To Cry”. But Almond does not wallow in self-pity, rather he focuses his attention on depression, failed love, and death. And again, although heavy subjects, the music and orchestration lifts the songs on the album into a different and, sometimes, and enlightening world. “When It’s Your Time” could be very dour, but it is not and Almond reflects that when it is his time, “I hope my time, Has been a time of stars and flowers”. A beautiful sentiment and not what you expect. And that sums up the album, it is not what one expects from Almond. The album ends with a reprise of “Glorious” which is the perfect way to end the album.

Musically, the album is synth-based pop songs, with very full arrangements. It is not over the top orchestrations, in fact, all of the arrangements suit the songs perfectly. It is more pop than it is electronica but that sound is there too.

As for the bonus material, fans will enjoy the early demos and some of the remixes. Casual fans may feel a little overwhelmed (five versions of “Fur” a song not on the original Stranger Things album). The third disc, featuring live recordings from the year the album was released (some of these have been released in limited edition live CDs). Almond is always brilliant live, and the performances rival the studio recording with the urgency that Almond brings to his vocals. While the additional material is fun for diehard fans, it does not add to the enjoyment of the album, but at the same time, it does not detract from the beauty of the album. Thankfully “Amo Vitan” has been added, as it is an incredible song with the band Rosenstolz, and previously only available on the original German CD as a bonus track.

Stranger Things was the beginning of a new era for Almond. Although he put out some fantastic albums in the 1990s (Fantastic Star comes to mind), he was drifting from genre to genre and was not as focused as he was in the 2000s. Stranger Things may not have been the commercial success that album was looking for (it didn’t help that the record company collapsed shortly following the release), but it did help Almond focus on what he does well. The songs on Stranger Things is what he does extremely well. It is a brilliant album, which has aged perfectly and maybe it has found its time.