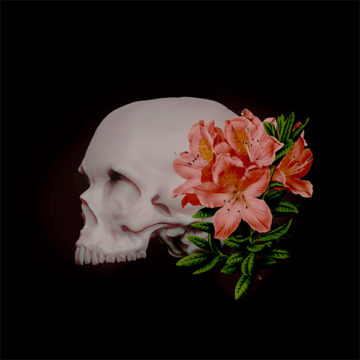 Azalea Days was recorded in a basement studio on a temperamental 8-track tape machine. The title of Saw Black’s debut album denotes visions of azaleas, the flowering shrubs whose blooms erupt in ephemeral beauty, though all parts of the plant are saturated with toxins. This duality fits the lo-fi ruminations of the album, which delve into the collapse of a relationship. The record chronicles these realities in painful precision: the poisonous, achy beauty of lovesick loneliness.

Opening song “Guess I’m Here” begins with the lines, “Never thought I’d be here without you/Never thought I’d be here”. These lines are repeated in the song, impressing on the listener that these thoughts are of an obsessive, cyclical nature. The use of repetitive loops crops up throughout the album. In “Kiss” recurring lines incite an almost voyeuristic closeness in the listener. Every time he pleads “all I want is a kiss”, you feel connected to the vulnerability of the speaker’s interior.

Saw Black also strings stark, emotive images into his songs. In “Rosie’s Comin’ Home”, the banality of dirty dishes, cigarette butts, and sitting on a couch watching bad TV leave a cinematic imprint. Though melancholic retrospection is a big part of the album, it is certainly not the only part. The Richmond, Virginia-based musician inserts humour as well. “Criminal Cigarettes” lightens the mood midway through the album as a jaunty love song dedicated to joints. Along with “Andy”, which plays with the struggles of adolescent and superficial romance, this track helps temper the darkness of songs like “Drag U Down” that follow.

I found the title track Azalea Days to be the most poignant of all the songs on the album. While most of the songs deal more with the speaker’s personal pain, this one attempts to engage the uncertainties and sadness that loom in the other person: “She just needs some space/Some time to erase/The person she became/Azalea Days”.

This album is relatable in ways you might not want it to be. It explores the post-breakup breakdown in a way that is honest. In a way that reveals the self-absorption, the despondence, and the periods of true and profound clarity that make up the process.

Elizabeth is a Toronto via Caledon writer whose rural upbringing left a lasting love of anything with a banjo and an upright bass. She scours Toronto venues for both the musical talent and the beers on tap.
RELATED ARTICLES
album reviews
9.0