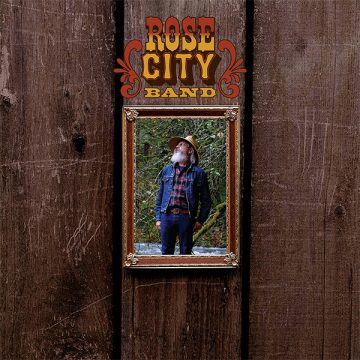 Every discerning fan of modern-day psychedelia has encountered the name of guitarist Ripley Johnson. You see, Johnson is one of the driving forces behind some really accomplished psych that has come our way via Moon Duo and Wooden Shjips.

Obviously, Johnson has an abundance of creative urges, as it turns out that he is a very prolific songwriter. He has decided to open up yet another musical outlet, this time around more in the vein of Grateful Dead circa their American Beauty and Workingman’s Dead albums and then filtered through some Nineties purveyors of that golden line like the sadly missing in action, The Kingsbury Manx.

That outlet is Rose City Band, and Earth Trip is the band’s third album. Actually, the band is basically Johnson and drummer Colin Stewart, and is all a hushed minor-key affair, something that you would put on repeat very late at night or on a lazy summer afternoon, dozing in the garden with a cold glass of lemonade (or something) within the reach of your hand. “In The Rain” is almost a perfect example where Johnson is headed here, and where we should be heading along with him too.

Summer psych at its best, if you will.