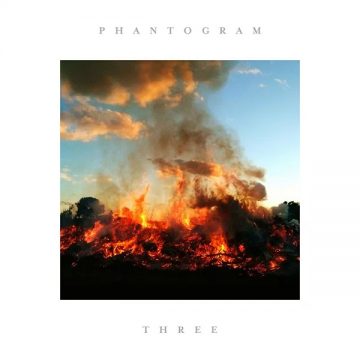 Three, the aptly named third record from New York-based dreampop outfit Phantogram, sees more of the signature distorted, grimy, tension filled sounds that anyone familiar with their material would recognize, along with some pop-friendlier elements that make it easier for someone listening for the first time to acclimate themselves to Phantogram’s music.

Because of the mix of equal parts “friendly listening” to “not-so-friendly listening”, Three successfully establishes a balance between dissonance and consonance that usually easily resonates with the listener, yet also keeps them on their toes. Several songs on Three outwardly display the compare and contrast between distortion and melodicism; however, the lead single “You Don’t Get Me High Anymore” in particular makes this very clear. The transitions between the verses, complete with chaotic-sounding percussion lines and buzzy guitars, and the pre-choruses, which are characterized by bright synths and ethereal-sounding vocal harmonies, are an excellent reflection of the juxtaposition that the album as a whole demonstrates. Another song that does this really well is “Run Run Blood” – with the verses full of dark, brooding and chaotic percussion and horns before it all gets stripped away to make way for a cleaner, echo-y guitar line and a singular, much more melodically oriented vocal line.

Whereas “You Don’t Get Me High Anymore” and “Run Run Blood” are examples of songs that show off balance, Three is also an album that shows it can dabble more on one side than the other. “Answer” and “Destroyer” are pretty standard pop ballads by definition, even though the former does receive a slight bit of the distortion treatment. On the flip side of the coin, the opening track “Funeral Pyre” and “You’re Mine” are both tracks that sound wholly off-kilter and tense, displayed in their form (“Funeral Pyre” doesn’t really have any defined chorus, for example) and instrumentation. Placing these songs in tandem with those that show off a balance does make the overall goal and feel of the album get lost slightly, but as individual songs they are all successful.

Overall, Three is an album that shines at its brightest when it’s walking the tightrope between order and disorder. In doing this, it exposes the listener to sounds that may intrigue, confuse, frighten, or even disgust them, but it always manages to pull it back and bring out a mesmerizing, very full dreampop sound.

Kysan Kwan hails from Ajax, but is currently in the Music Business program at Berklee College of Music in Boston, Massachusetts. His love for music started in high school, where he went through his "rebellious teen alt-rock" phase before becoming open to all genres of music from EDM to smooth jazz. Kysan also is an enthusiastic concert photographer and has his own college radio show, where he seeks to introduce the American public to the best of Canadian indie.
RELATED ARTICLES
album reviewsfuneral pyrephantogram
8.0