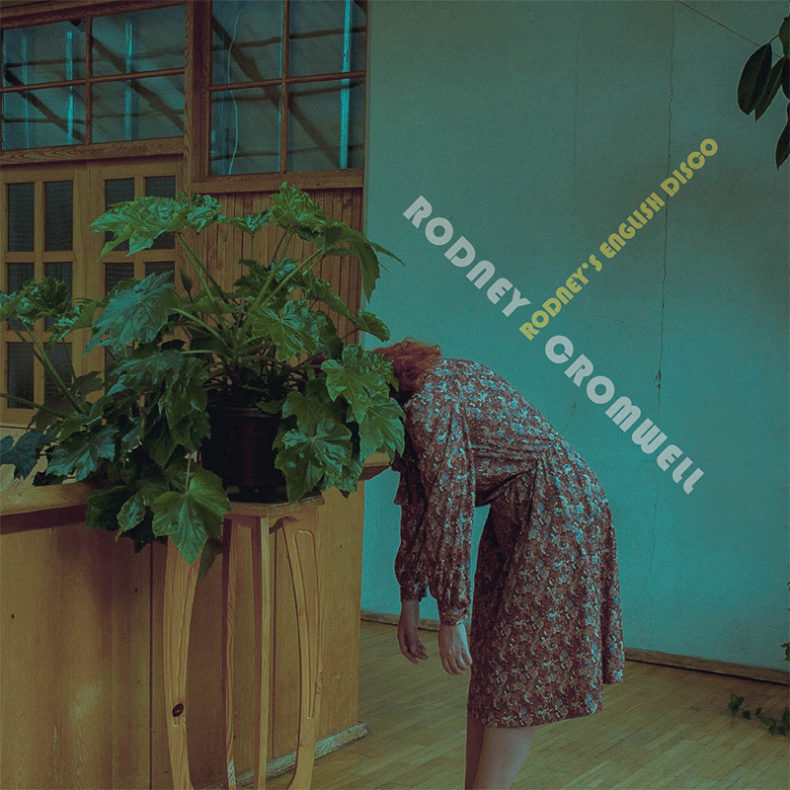 It sometimes happens that you listen to some new music, which transports you to sometime in the past – a wonderful time – nostalgia takes over with the haunting stylings of yesteryear, while the music actually does sound fresh and even forward looking. In reverse order (forward looking but established in a past period), the neo-futuristic design movement came about in the latter half of the 1990s. It would seem that the music we present you today is conjoined with the ethic of this movement, sonically speaking. Hence, it seems familiar with underpinnings of yester-decade, while at the same time keeping a bright futuristic outlook. This is his twisted soundtrack for the post-truth world.

Let’s cut to the punch, shall we? Hailing from Catford (suburb of London), Rodney Cromwell (real name Adam Cresswell) is releasing his new ‘Rodney’s English Disco’ EP, his first collection of all new material in three years and we are delighted to present you the premiere today.

Along with four original tracks by Rodney Cromwell, the EP features remixes by Rémi Parson, Vieon, Pattern Language and the debut release by Alice Hubble (Arthur & Martha, Mass Datura).  The EP was previewed by the song ‘Comrades’. BBC 6 has been giving that one some decent airplay, as well as another few tracks from the album – ‘Barbed Wire’ and ‘Technocrats’. As of May 25, the new EP is available on 7″ vinyl, CD and digitally via London-based Happy Robots Records.

Recent social and political tribulations in the UK inspired the compositions on the new EP. Cresswell says, “‘Comrades’ is a robotic turbocharged rebel song for the twitter generation and ‘Barbed Wire’ is a song from across the barricades of the supermarket checkout. ‘Technocrats’ is a song for our illusory robot masters. ‘Dreamland’ is a breakup song for someone who just wants to go back to bed and pretend none of this ever happened”.

Rodney Cromwell’s debut album and subsequent EPs found crossover appeal, gaining Cromwell coverage from the likes of NME, Electronic Sound Mag, Huffington Post and Steve Lamacq and Gideon Coe on BBC 6 Music and on Spain’s national RNE3. At the end of 2015, Rodney Cromwell featured in 25 ‘Best of’ lists and was named ‘Most Promising New Act’ by The Electricity Club. ‘Barry Was an Arms Dealer’ featured in the 2015 Official Festive 50.

As of May 25, ‘Rodney’s English Disco‘ EP is available on red 7” vinyl, CD and digitally. Available everywhere now via Cargo, it can also be ordered via the Happy Robots Records store or Bandcamp.