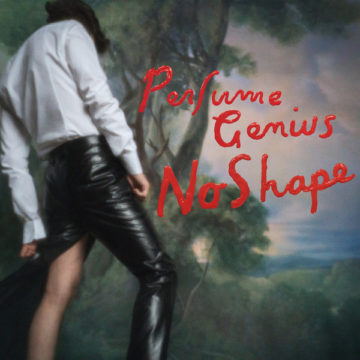 “Everything is alright” sings 35-year-old Mike Hadreas, on “Alan,” the final track of No Shape. Making a name for himself through themes of self-loathing, rejection, and bodily disdain, a version of Hadreas we haven’t seen before emerges, with newfound inner peace. With a longstanding history of singing openly about personal struggles and commenting on social issues, stories told vividly through his music, it is perhaps to everyone’s surprise, (including his own, singing “How weird” at the end of “Alan,”) but a pleasant one at that to hear Hadreas complete an LP sprinkling sentiments that he is here, and striving for happiness like the rest of us.

Remaining a separate entity from the mainstream pop scene, Hadreas still manages to appeal to dynamic audiences. His odyssey is winding, and remaining true to form, No Shape’s 13 sophisticated tracks follow a turbulent path ranging from gospel music with grand orchestral ferociousness to stripped down softness, his melodic voice over piano heavy ballads reminiscent of songs like “Dreeem” and “Dirge,” tracks that initially made us fall in love with him (but now, with less angst). Producer Blake Mills taps into Hadreas’s venture into a foreign realm, waxing and waning from track to track, supplying genre-bending songs appropriate for dancing, making out, going to Church on Sunday, and everything in between.

While his debut 2010 album Learning and 2012 successor Put Your Back N 2 It were comprised of dark themes melodically and lyrically, Perfume Genius’s foray into the light suits him just as well, if not better, than singing of tragedy. Even Too Bright, released in 2014, didn’t portray the optimism and hopefulness for the future we see now, despite being a more up-tempo project with tracks like “Queen” garnering wider public attention. From start to finish, Hadreas points to letting go and finding joy, while paying homage to Kate Bush on “Wreath,” proclaiming, “Running up that Hill/I’m gonna peel off every weight.” Where many artists like Dallas Green of City and Colour struggle to change contexts within their music and remain true to their inner darkness not knowing how to write from a place of happiness, Hadreas successfully pulls off the switch. Goth-glam has never sounded so good.

Emily is a sociology student at McMaster University with a passion for social change, focused on issues surrounding gender equality and societal mental health. She believes that music, whether going to concerts or listening alone, is the best way for people to feel connected. After abandoning her small-town roots for opportunities in Toronto, she intends to merge her two loves of writing and music in the hopes of satiating her wayward soul. Follow her on Twitter at @emmniic18.
RELATED ARTICLES
album reviewsmatador records
10