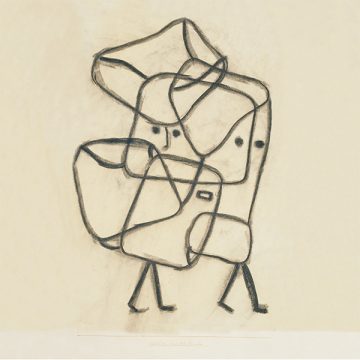 Similar to Glen Hansard and Marketa Iglova’s The Swell Season, Parent consists of two artists colliding to produce soft-spoken acoustic lullabies. The kind of territory this ventures into comes fraught with dreary tones, repetitive chord play and monotonous vocals. What Parent manages to do is turn this soft, sultry approach into something more memorable. While The Swell Season and even The Civil War represent similar functioning, Parent stands out for being so utterly indie to its rawest core. This is likely due to the production value of their self-titled debut, which spends its entire time tricking you into thinking you are listening to a live album. Jason Brown’s plucking and strumming are the bread and butter to Rachel Kearns’ meat and potatoes. Her voice, like Feist meeting a quieter Stevie Nicks, echoes with coffee house delight as she crafts melodies practically made from thin air, filling the space given to her by the simple guitars running along in the background.

This method produces moments of success but does wear thin when considering Parent’s 12-track duration. The odd piano may venture into the picture, such as on “Trying”, where Kearns sounds like a timid Amy Lee, leading violins into the bridge of a more layered song. This sound comes back on “Disadvantage” and even with those bluesy “bum bum budda bum bum’s”, it comes across as a retread of the same sound. There are many attempts to keep things unique though, most notably are the country, mid-tempo blues of “This Place” where Kearns calls “don’t lie awake tormented by what you didn’t do” and her forgiveness feels passionately real. This rawness is a consistent reminder on Parent. “Hold On Till Tomorrow” brings back elements of live, old-school 50s style bar singers, accompanied by a fiddle and some light whistling. There are so many little moments like this that it is clear that Parent knows their craft needs more flexibility in order to withstand the perils of a full-length LP. The closer, “You Are My Sunshine”, is a dark cover of the classic track, and is a questionable choice to say the least. It is executed with a fairly steady hand, but is truly not necessary nor does it provide some grand closure, especially since it feels quite short and tonally doesn’t match what comes before it.

Parent, then, seems to be content with their genre’s limits. They do their best to draw attention with their soft spoken instruments and vocals and it will likely work on fans of the genre and inspire nothing new in those who are accustomed to overlooking this kind of music. What is achieved is not monumental but is noteworthy. You are likely to forget a lot of the songs and their names on a first or second listen, but it is enjoyable throughout because there is an obvious effort to make something that can usually be so monotonous into something a little more expressive. It could be better but it could be much worse.

Robert Defina is an avid critic both on paper and in person. He spends more time writing album reviews than he does worrying about his future. He hopes that this sort of procrastination never grows old.
RELATED ARTICLES
parent