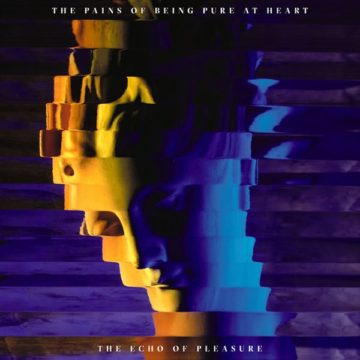 The fourth album by Kip Berman’s The Pains of Being Pure at Heart is called The Echo of Pleasure. The album has been out for a while and many initial opinions jumped onto the fact that Berman recalls so many Eighties influences in his music, particularly the now classic C86 NME cassette, that a question might be posed – should the album been really named Echo and The Bunnymen?

But hey, the point is being missed here! Take a listen to the recent expanded reissue of C86 in its entirety, and you might get the first point – all those great British bands themselves did not bring about their music out of thin air, they also got inspired by the music that came before them – whether it is ‘as far back’ as Phil Spector echo chambers, or Brian Wilson’s harmony vocal arrangements, the British beat bands you name it.

And here is one characteristic they definitely do share with Berman and his band – they have incorporated all those sounds into their music and have made it their own and gave it their personal views on everything from ‘grand themes’ like politics to ‘mundane stuff’ like love and everyday relationships.

Like on his previous three albums, Kip Berman again excels at two things. One is knowing how to come up with breezy, seemingly simple, but irresistible melodies that always have arrangements that strike an almost perfect balance between electronics and ‘regular’ instruments. The other is to infuse such music with lyrics that again seem simple but present astute observations on everyday things like love, relationships and family getting new members (Berman was expecting a child at the time). “The light of our lives burns down…Waiting for hours and hours…Our hunger is just a hum…Another distraction” from the track “The Garret.”

As Berman explains, “To me, songs about love shouldn’t be thought of as light. Love is big – sometimes it’s emphatic, overwhelming or simple – other times it’s tense, anxious or just exhausting. But at its best, it makes you want to be something better.”

In essence, what Berman and his collaborators have come up with on The Echo of Pleasure is yet another great collection of pop/rock tunes that are at the same time easy to listen (and often dance) to, but at the same time presents its thoughts, views and emotions in an engaging way. And that should be quite a winning combination.

Here's what we think...
Spill Rating
Fan Rating
Rate Here
New Criteria
10
9.3
8.0
Total Spill Rating
9.3
Total Fan Rating
You have rated this
Album Reviews
album reviewskip bermanpainbow recordsthe echo of pleasurethe pains of being pure at heartwhen i dance with you
album reviews, kip berman, painbow records, the echo of pleasure, the pains of being pure at heart, when i dance with you
About the Author
Ljubinko Zivkovic

Formerly a lot of things, including a journalist and a translator, currently a freelance writer living in The Netherlands.
RELATED ARTICLES
album reviewsthe pains of being pure at heart
7.0