SPILL ALBUM REVIEW: ONE WAY OUT – THE SUN, THE MOON, THE TRUTH 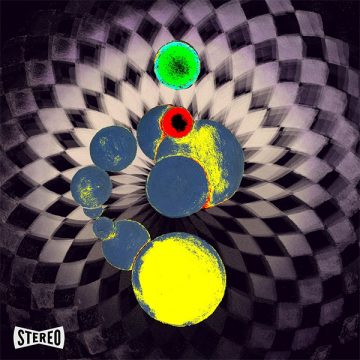 One Way Out
The Sun, The Moon, The Truth
Independent

Having released their debut EP, Black & White, in 2018 and the following Cosmic Beat album in 2019, DC rock band One Way Out have released their sophomore full length album, The Sun, The Moon, The Truth. The album follows a series of singles – “Black Lungs (And A Broken Heart)”, “Red”, “Candy”, and most recently, “Slow Walk” – released throughout the year, and captures a strong, vintage rock ‘n’ roll sound.

Opening with the crashing and swirling bells of the semi-title track, “The Sun”, One Way Out immediately dives headfirst into the first full song, “Liquid Paradise”, a track ripe with crunching riffs and squealing lead lines. With powerful vocals and a unique guitar solo, “Liquid Paradise” captures a mid ‘70s vibe bursting with youthful energy and a big sound of today’s production.

Almost in an attempt to refuse to be seen as just another riff rock band, One Way Out deliver “Groove Inside Your Mind”, a shuffle heavy track that sees ‘70s rock collide with Detroit funk of the era. The organ cuts through the weaving guitars as the drums blast through a tasteful, yet relentless groove. This is still a rock song, but it swings real hard, unlike most bands of today. Such elements can further be heard on the jazz and pop influenced single, “Candy” and the acoustic psychedelia of “Cold Brew Coffee”. In addition to the first two tracks – the strongest back-to-back tracks on the album – the closer, “Black Lungs (And A Broken Heart)” stands among the best One Way Out have to offer with a late ‘60s rocker.

Through the course of its ten song, there is not a weak track on The Sun, The Moon, The Truth; at their worst, they’re just good, but even that only happens on a rare occasion. In fact, with each song, a new dimension of One Way Out emerges. This is, without a doubt, one of the most versatile rock bands around today as they use elements of pop, funk, and even jazz, all within a modern, yet distinctively classic rock aesthetic. With such a collection of influences that flow organically, it is clear that One Way Out have crafted and honed a sound that is entirely their own on The Sun, The Moon, The Truth.

SPILL ALBUM REVIEW: ONE WAY OUT – THE SUN, THE MOON, THE TRUTH

A passion for music has always been a part of Gerrod’s life. As a young boy, he was raised on a steady diet of the music from The Chili Peppers, Aerosmith, The Stones, Prince, and others from his mum. Raised in the GTA, Gerrod continued to foster his love for music by attending a wide range of concerts and learning the drums. His unapologetic passion for music has no bounds and has spread to a wide variety of styles, whether it be the 90’s rock that sound tracked his teenage years, the jazz he studied in university, or his newfound love for hip-hop. He recently received his bachelors in music and education from York University and is passionate about writing and reviewing good (and less than good) music. Gerrod is also the drummer and songwriter for a Toronto based rock & roll band, One In The Chamber.
RELATED ARTICLES
album reviewalbum reviewscandy
8.0