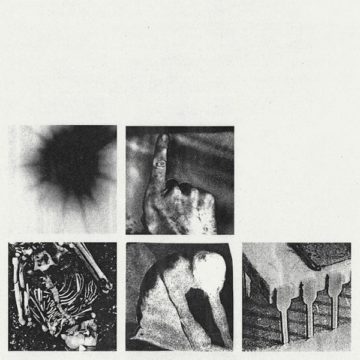 There is little that I could say about Trent Reznor or Nine Inch Nails that has not already been said; the man is a musical omnivore with an incredible ear for both emotion and atmosphere, who finds himself still making relevant music thirty years after his band’s formation in 1988. It is exactly this relevance that makes this album such a success.

Before analyzing the album with any depth, the term ‘album’ itself may need some more analysis. At first glance, it’s easy to feel a bit annoyed by Bad Witch in that it is listed as an album but contains only six tracks and has a running time of barely 30 minutes. That knee-jerk reaction though is perhaps a poor filter through which to view the album and I say that for three reasons – first, it was announced by the band some time ago that they would be releasing several shorter releases beginning in 2016 with Not the Actual Events before continuing in 2017 with Add Violence. Second, these three releases are the first to feature now permanent member and longtime soundtrack collaborator Atticus Ross and so it makes sense that the band (or perhaps ‘duo’ is more accurate) would have to experiment with just how this new dynamic will work within the already impressively aggressive framework of past NIN work. Finally, and perhaps most significantly, it is obvious that streaming services have totally altered the musical landscape and as such, there seem to be very few rules nowadays about what constitutes and album vs. an EP. New music? Check. Album cover? Check. Available on all major streaming services? Check. Then maybe it’s an album after all.

The album itself, if we can finally get back to the music, begins in relentless and fiery fashion with two songs so full of vitriol and unveiled cynicism that it feels almost like we are back in the early 1990s when NIN were just making a name for themselves as purveyors of exquisitely angry music. Both “Shit Mirror” and “Ahead of Ourselves”, the latter of which is a damning indictment of humanity’s hubris, are Reznor at his very best. Perhaps it shouldn’t be much of a surprise, especially given the success of the Ross-Reznor partnership, that instrumental tracks would make up part of the album, but if there is a point at which the attention is really grabbed it is on fourth track “God Break Down the Door”, during which Reznor trades in his usual delivery for an almost crooner’s vocals, which is jarring given both expectation and the content of the song. Through Nine Inch Nails, Trent Reznor has been and will seemingly continue to be one of the most influential and consistent innovators in modern music. If there is anything to be learned from this new partnership with Ross as a permanent member of the band, it is that there are still doors to kick in and sounds to explore in the relentless pursuit for honesty in a seriously flawed world.

Br. lives in southern Ontario, grew up on The Beatles and The Journeymen, spent his adolescence immersed in grunge, and his adulthood in British alternative. His greatest joy is seeing his son dance and grow into his own appreciation of the indescribable joy of music...
RELATED ARTICLES
album reviewalbum reviewsbad witch
8.0