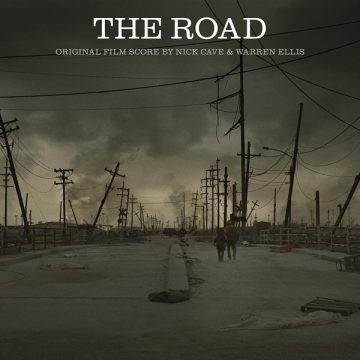 Remastered and available for the first time on vinyl, the last of three rereleases from mastermind combo Nick Cave and Warren Ellis is unspeakably lovely and full of sorrow.

The soundtrack was written by Cave and Ellis as a sincere reaction to the film. Based on the novel by Cormac McCarthy, John Hillcoat’s The Road is a story in which the apocalypse takes a backseat to the themes of love and loss. Watching it on the screen is almost secondary to appreciating the score, as the composition tells a story all its own.

The track names themselves — “Home,” “The Mother,” “Memory” — are indicative of the heartache portrayed so deftly through each of Cave’s haunting piano notes, and each aching string played by Ellis.

Each piece exudes loss but also lightness. At times the bleakness and horror of the film comes through in tracks such as the menacing “The Cannibals” and the spine-tingling “The House.”

As with Cave and Ellis’ other spectacular work, this isn’t an album to shuffle or skip through. It merits listening to back to front, making its release on charcoal-coloured vinyl a clever move. Film and music lovers alike will revel in its beauty.