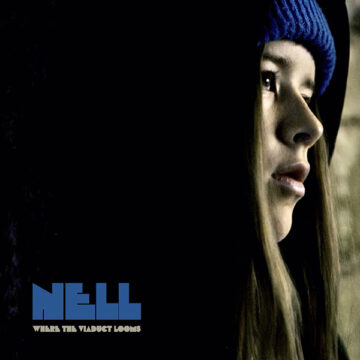 Nell & The Flaming Lips
Where The Viaduct Looms
Bella Union

This collaboration of Nick Cave covers between 16-y-orld singer Nell Smith and seasoned veterans The Flaming Lips has quite an interesting story. Smith met Wayne Coyne when she moved to Canada from the UK in 2018, when she was only 12 years old. A regular at Lips shows, and as the album PR notes, “a musical bond formed with Coyne staying in contact with Nell and her father Jude as she learned to play guitar, while their creative relationship began to flourish when she started to write her own songs.”

At one point, Coyne suggested Nell record some Nick Cave songs and email them to Oklahoma to be backed by the band. Coyne chose Nick Cave because Nell didn’t know him and wouldn’t have preconceived notions as to how to sing the songs. The resulting album was first released as digital download only back in December 2022, while the vinyl LP version came out a few weeks later.

And the result is more than just an interesting experiment. Doing Cave covers was always to be a daunting task, due both to his songwriting and vocal tone. Still, ‘little’ Nell manages to handle the spirit of the songs admirably, with The Flaming Lips being great as usual. Finally, Cave himself gave his personal seal of approval of the album through his official website.

Formerly a lot of things, including a journalist and a translator, currently a freelance writer living in The Netherlands.
RELATED ARTICLES
album reviewalbum reviewsbella union
8.0