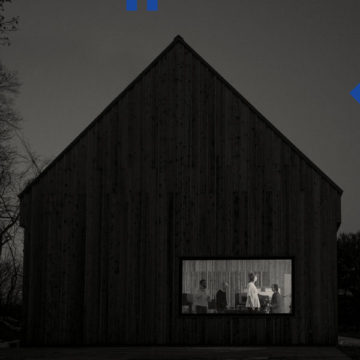 Formed in 1999 and originally from Cincinnati, but now based in Brooklyn NY, American Indie Rock band The National have released their highly anticipated seventh studio album, Sleep Well Beast.

The first single, “The System Only Dreams In Total Darkness,” released earlier this summer, and now all over the radio, became the band’s first song to reach #1 on Billboard’s Adult Alternative song chart.

Four years have passed since the band’s last album, 2013’s Trouble Will Find Me, which was nominated for Best Alternative Music Album at the 56th annual Grammy Awards. Key cuts on Sleep Well Beast include the epic personal music love letter from Berninger, “Walk It Back,” which is reminiscent of Lou Reed’s “Caroline Said” from his classic Berlin album. Perhaps not coincidentally, some of the tracks from Sleep Well Beast were recorded in east Berlin, in an old communist recording studio. Other standouts on the album are the aforementioned first single “The System Only Dreams In Total Darkness,”  “Guilty Party,” “Dark Side of the Gym” and “Day I Die.”

If you’re a fan of dark, but melodic rock (which I am), this band is definitely worth checking out.

Gerry Young is President of Current Records and Management, and author of the 2011 biography Pop Goes The Weasel: Rock And Roll Off The Record, available at Indigo/Chapters, Barnes & Noble, and Amazon.com. He has recorded and managed Juno Award winning bands Martha And The Muffins and The Parachute Club among others.
RELATED ARTICLES
4adalbum reviewsthe national
9.0