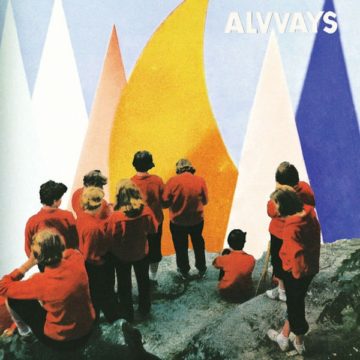 Antisocialites is Alvvays’ highly anticipated follow-up to their 2014 self-titled debut. Within its 33 minutes are 10 songs of reckless romance, isolation, and loss that are draped in Alvvays’ signature brand of dreamy synth-laden pop.

The album’s opening track, “In Undertow,” is a charming start to the album’s “fantasy breakup arc.” With crisply distorted guitars, atmospheric background synthesisers, and Molly Rankin’s dreamily reverberated vocals “In Undertow” sounds very Alvvays and gives you a nice opportunity to catch up with the band.

Following “In Undertow” is “Dreams Tonite” which is one of the album’s most mesmerising tracks. It’s an undeniably heartfelt song about seeing someone in a different light. This song is a title track of sorts as it contains the line, “Antisocialites watch a wilting flower,” which is where the sophomore album’s title was taken from.

Further within the album are more couple songs about misplaced affection and relationship mishaps. A few tunes do manage to cover other topics though. “Hey” touches on drinking,  “Lollipop (Ode to Jim)” references Jim Reed and drugs, while “Already Gone” and the closing track “Forget About Life” use metaphors about water and drowning. Antisocialites touches upon many topics that you would expect an indie or shoegaze band to include in their songs.

The sound of Antisocialites is very familiar as Alvvays doesn’t diverge much from their standard mix of jangly guitars, whooshing synths and reverb drowned vocals. The album’s lineup of musicians contains Alvvays’ lead Molly Rankin, keyboardist Kerri MacLellan, bassist Brian Murphy, and guitarist Alec O’Hanley alongside guests including Teenage Fanclub’s Norman Blake who assist in fleshing out the sound.

While Antisocialites doesn’t show tons of change for Toronto-based Alvvays, it does live up to the band’s standard of quality. With Rankin’s uniquely wry wit and the band’s signature wash of sound, Antisocialites is a catchy and surprisingly immersive album.

I am an Edmonton based musicophile and photographer who loves experiencing music whether it's live or on my turntable. I play seven instruments and go to a lot of concerts.
RELATED ARTICLES
album reviewsalvvaysantisocialites
8.0