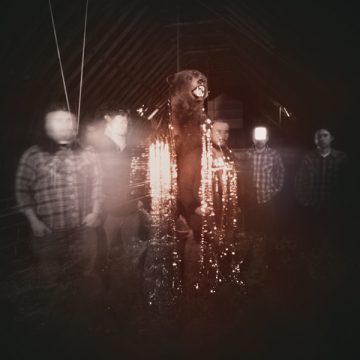 Back in 2003, It Still Moves marked a turning point for My Morning Jacket as their first highly budgeted, major release. The record survived this hurdle, as the boys of My Morning Jacket maintained their sense of identity amidst the higher demands set by label expectations. It Still Moves received wide acclaim for its continuation of the band’s psychedelic, Southern-twang, introspective Rock. There was one person, though, who was less satisfied. Jim James, primary songwriter and vocalist/guitarist for the band, felt the record was far too rushed and the potential that the tracks could have had were they mixed with more time and care was thwarted.

Along comes It Still Moves – the reissue. On this double-disc, 25-track deluxe version, the originally produced mumble has been traded in for a more dominant, proud and vivacious clarity in the instruments and vocals. “Easy Morning Rebel” gets the most out of this treatment, feeling like a live rock performance upon first listen. This performance-like atmosphere cascades over the reissue, ironing even the smallest of creases out from bringing background guitar solos to the foreground or allowing James’ reverberated voice to take front and centre, humming the band at the most crucial of points (see: “Just One Thing”).  Even opener “Mahgeetah” feels more alive in its long-drone, Californian desert trail musings. Impressively, It Still Moves’ reissue manages to sound like a progression from their most recent effort, The Waterfall. It’s almost as if going back in time has done nothing to compromise their forward motion. This deluxe reissue is full of inertia. Old rock ‘n’ roll has never felt so new, evident on the dreary Woodstock-bliss of “Steam Engine,” which has gone from a record placeholder to an absolute standout.

Even the longer songs avoid truncation (which, perhaps, would have been an obvious choice when revisiting an old record for tweaks), remaining at their orchestral-long run times – “I Will Sing You Songs” clocks in at nine minutes and 18 seconds, but its length is hardly recognizable. The tracks, while individual, further blend and complement each other on the reissue. The careful mixing allows them to feel part of their greater whole, as if one is not quite as perfect without the others, whether they’re nine minutes long or three. In effect, the record still runs as long as its original release, not to mention longer because of the bonus tracks and demos tacked on to the end (if you so choose to dedicate yourself to them), but it does nothing to stifle the worthwhile listen from top to bottom. My Morning Jacket feels entirely justified in their reissue of It Still Moves, turning an admittedly rushed project back into the art it was initially intended to be.

Robert Defina is an avid critic both on paper and in person. He spends more time writing album reviews than he does worrying about his future. He hopes that this sort of procrastination never grows old.
RELATED ARTICLES
album reviewsato recordsit still moves
9.0