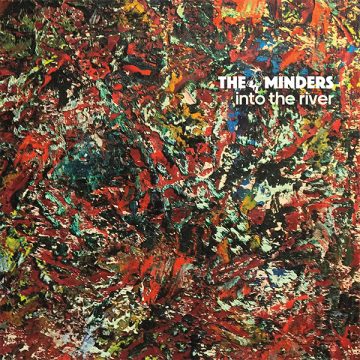 The Minders
Into The River
Space Cassette

In order to describe The Minders’ new album, Into The River, one will need a very good thesaurus. Unfortunately, there aren’t enough synonyms in the world for the word “boring.” The band is back from an eight-year hiatus, and frankly, it shows.

The songs are stale. It seems as though they couldn’t decide what kind of clichéd indie music to make. The strings thrown unfittingly into each song sound artificial, and bring nothing to the table. The instruments are collectively unsuitable, due to the shoddy musicianship of the band. Piano, guitar, and violins: it’s all supposed to sound good together. Sadly, it does not. The sound is untidy; the lyrics croaked out by the lead singer are incoherent. Each melody is forgettable. Some songs don’t fit in with the album, like “DB Cooper.” It starts with a 90-second synth collage, which sounds like a Garage Rocker’s first attempt at using a synthesizer. Then it jumps into four minutes of vague Surf Rock; no vocals, just drums and a tremolo guitar.

The title tracks, “Into the River” and “Into the River, Pt. II,” are both mundane. On most albums, songs that have “part 1” and “part 2” are usually musically different, though thematically the same. In this case, nothing changes except instrumentation. It’s the same song both times. Part 1 is kept simple with just a voice and piano. This kind of minimalism can be nice sometimes; however, when you pair a humdrum song with a pitchy (not in a cool way) voice, it’s just bad. Part 2 is no different; they only added guitar, drums, and another voice to cover the original monotony. Part 2 is clearly trying to build something in the end chorus (although the lyrics are unintelligible), and the song ends with a fade out. It would appear that this be the end of the album; in fact it would make perfect sense. For some ungodly reason, it isn’t the end. The album actually ends with a clichéd Country-Folk song, “I Hope I Don’t Let You Down.” The song ends with a dropoff: the singer croons, “hope I don’t let you down” and abruptly stops. It leaves the listener completely baffled; THIS is the end? Are you serious!?

All in all, this album can be left on the shelf with all the other Arcade Fire wannabes. We are better without it.