SPILL ALBUM REVIEW: MATTLAYN – SONGS I PLAY IN THE DARK 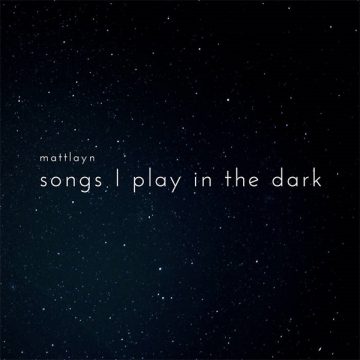 mattlayn
Songs I Play In The Dark
Independent

Over the past decade, Matthew Layne has been an important figure for the Toronto and Ontario musical community, working behind the scenes, having managed Crown Lands and The Jailbirds, and, throughout the course of the pandemic, supported the scene through his A Chat With Matt podcast series. Now, Layne has put his creative energy into a three-song acoustic EP, Songs I Play In The Dark, under the name mattlayn.

Songs I Play In The Dark opens with the warm tone of a nylon acoustic guitar and mattlayn’s lush vocals on the opening track “Canary In The Mine”. The simple song, with its sparse arrangement between just the vocals and guitar, creates a layer of intimacy and vulnerability. Ultimately, the song is carried by mattlayn’s arresting voice which is simply captivating. The emotional lyrical narrative carries a message of hope and admiration, which is further aided by the genuine tone of his voice.

The EP continues with “Run 4 Me”, a slightly fuller track which comes from the use of slightly chunkier chords played on a steel string guitar. On “Run 4 Me”, mattlayn demonstrates a greatest range to his vocals that was only hinted at in “Canary In The Mine”. As a result, the song captures a dynamic performance where mattlayn croons with a low, gravelly tone in the verse before breaking into a high belt that creates a deeper sense of the vulnerability in the chorus. Songs I Play In The Dark comes to a close with the melancholic “DWTDA”. The song carries a haunted weight to it through its sparse arrangement and surprisingly rhythmic performance.

With just his voice and a guitar, mattlayn has delivered a strong, yet all too brief, debut. All three songs stand tall on their own, and together paint a cohesive record coloured with anguish, hope, and intimacy. At the centre of Songs I Play In The Dark is mattlayn’s vocals which, combined with his lyrical content, are bound to conjure emotions in the listener. While the album would benefit from more material, mattlayn has bared his soul for a striking debut release.

SPILL ALBUM REVIEW: MATTLAYN – SONGS I PLAY IN THE DARK