SPILL ALBUM REVIEW: THE LIFE ELECTRIC – THE REAL YOU 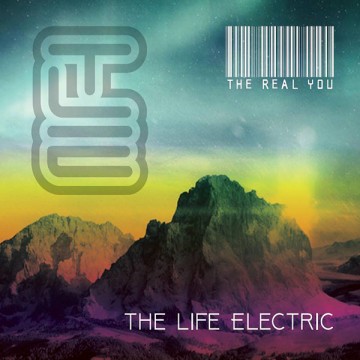 The Life Electric
The Real You
Zippah Records

Disco and rock have a messy history. In 1979, the backlash against disco culminated at a baseball stadium in Chicago, where a radio DJ exploded a crate of disco records to the delight of rock fans in the stands. In the decades since, musicians and fans have started to mend the bridges between rock and dance-pop. Boston five-piece band The Life Electric gladly moves this process forward with its new album The Real You and reminds us that feel-good music doesn’t need to be labeled as anything but “fun.”

The Life Electric fearlessly pushes its music across genre boundaries in pursuit of a strong, energetic sound. On The Real You, the group navigates up-tempo rock tunes like the single “Gone, Gone, Gone” and subdued tracks like “Ladders” and “Innocence” with confidence. Touches of funk and hard rock make appearances alongside acoustic guitar and earnest vocal harmonies. Above all, it is accessible pop music, which for some reason is often treated as a thing to be avoided. The Life Electric gives you music that is easy to listen to, but puts an edge on it to keep you interested.

The drums are rich, and there are lush layers of synthesizers that give their tracks a bit of a shine as well. The guitar speaks in many voices, be it a chugging distortion, a sharp-edged solo, or ringing touches of colour over a restrained ballad. Most importantly, the band members seem to be having a good time and exploring the pop-rock spectrum. That spirit keeps the music fresh throughout the album.

Joey Chehade’s vocals are strong and expressive, from a rich low range to a rocking yell that always stays melodic. In rock, a resonant voice is always easier on the ears than a piercing wail, and that is on display here. Lyrically, the band generally ticks off the boxes of accessible poetry, but they occasionally veer off the rails, trying for philosophical wisdom without making much of a real point. For example, the line “innocence is an opiate to assuage the fear of the unknown” sounds smart, but could probably be put a bit more eloquently. It is worth noting, though, that the energy of the album’s tracks is what can, and should, stick with you.

Because The Real You ventures into such a variety of rock and pop styles, the influences you could point to are numerous. When The Life Electric merges sparkly synths with up-tempo rock on songs like “Heartbeat,” it recalls the early work of The Killers. Yet on “Call It Karma,” the disco influence is undeniable, and unstoppably catchy. However, Chehade’s vocals have some real grit – this is not dance music with a rock influence, but the other way around.

The Life Electric seems to be well aware that musical styles and influences are practically begging to be explored; it does not take itself too seriously. The Real You takes rock music and introduces it to a wide variety of secondary styles to see what happens. And what happens, for the most part, is energetic, smart, and, above all, fun. You can’t ask for much more.

SPILL ALBUM REVIEW: THE LIFE ELECTRIC – THE REAL YOU

Shane believes in music – the more honest, the better. He listens with his ears, which are really just a tool of the brain, which is definitely and completely subject to the whims of the heart. It's really a team effort.
RELATED ARTICLES
album reviews
8.0