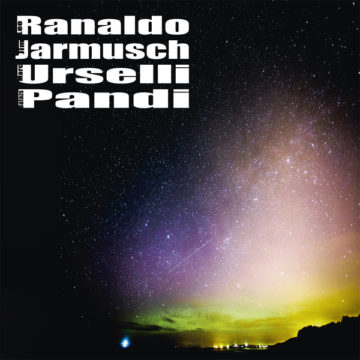 Lee Ranaldo, Jim Jarmusch, Marc Urselli, and Balázs Pándi’s eponymous release is an interesting and notable effort from a group of accomplished minds. Producer and engineer Urselli’s brainchild, the album was recorded live-off-the-floor at his studio. He is accompanied by Sonic Youth co-founder Ranaldo, director and composer Jarmusch, and proficient drummer Pándi. This intersection of talents creates an experimental and adventurous album that musically approaches jazz but is aesthetically comparable to post-rock.

The opening notes of the first track, “Gulltoppr,” are almost uneasy, but the album settles into a rhythm that is both ominous and peaceful. “Groa,” at nearly 20 minutes long, allows time to beautifully showcase the group’s skill, but leaves the listener longing for a crescendo and release that never quite happens.

Urselli’s bass adds coherence to the drone of reverberating guitars, ethereal synth, and nearly erratic drumming. The result is something that is equal parts unsettling and tranquil – what could be a backing track for a meditation session transforms into a mesmerizing cacophony of sound with sirens, jarring notes, and atonality. Undoubtedly there is an appreciation for an improvised jam session, however Pándi’s complex drumming occasionally distracts from some of the gentler sounds created by the others.

Most impressive is that the elaborate session was recorded analog, with no editing, and mixed by Urselli himself. The result is not for everyone, but a remarkable creation nonetheless considering its unrehearsed and organic nature.