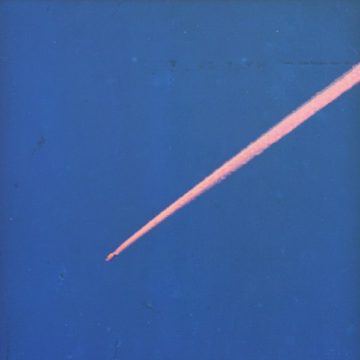 If “Biscuit Town” is the preprandial mint-leaf placed on tongue, then “Dum Surfer”, which likely reached your ears in elephantine thumps at some late-August house party, is The Ooz’s first sleazy entrée.

“Dum Surfer” is both the earliest and highest point of coalescence on the album, one that justifies the marina-blue cover, which itself evokes Nicolas de Staël’s Bâteau (1954), a painting in the style of lyrical abstraction, something Krule’s mashed-potato-brains surrealism1 captures well.

Krule captures this surreal slide not with artful distancing, but instead a breed of close-up, melancholic honesty, the psychological palpability of which has for decades distinguished the better songwriters (here thinking of UK contemporary Richard Dawson’s maddening verses on The Vile Stuff, 2014)2 from the hapless, slow-jamming, legitimately lazy ones (you know who they are). 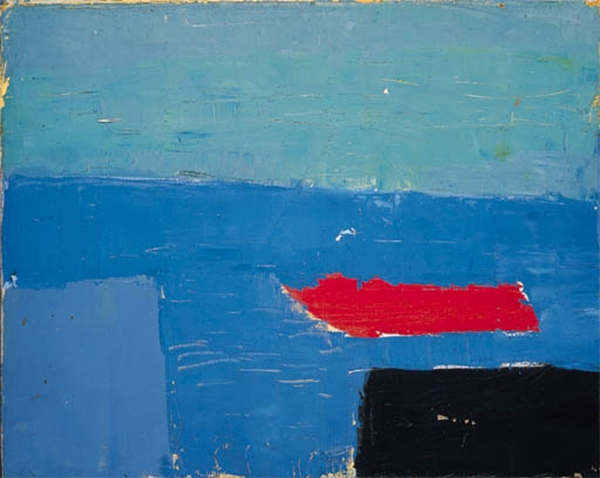 1)  Skunk and onion gravy, as my brain’s potato mash
He came across the back of a bureaucratic stash
Shot the lot for credit and never got it back
He’s mashed, I’m mashed, we’re mashed
That cat got slashed in half like that
As Venus completes orbit, I’m feeling slightly mashed
The stir fry didn’t absorb it, I need another slash

2)  Outside the chip shop Thaddeus Wagstaff fractures my cheekbone;
3 empty cans of Castlemaine XXXX
Go rolling down my trouser leg
Blood, snot and curry coalesce in the corners of my nails
My friends drifting away from me
I only drank a few little droplets
I only took a tiny draught of the vile stuff

Undermining The Ooz’s chic let-looseness is a persistent, lingering sadness. This listener gets the impression that what he’s hearing is Archy Marshall, at tender 23, genuinely unmoored. The result is something like Tom Waits backed by BadBadNotGood: cool, crazy, sad, and often crazy-sad but in a cool way.

The polished, Kid-A sound-effects occasionally betray the grimy honesty Krule supposes to communicate, but only barely. His Jandek-esque combo of detuned guitars and Lightnin’ Hopkins moaning reach their peak on “A Slide In (New Drugs)” which provides the most adventurous listening experience on the album.

The best part of standouts “Sublunary”, “Lonely Blue”, and the spoken-word “Bermondsey Bosom (Right)”, is that I feel no compulsion to taxonomize their relationship to an extant musical subgenre. They fit so neatly into whatever demented blues (broadly speaking) Krule’s canonized, and so clumsily elsewhere, that to dissect and classify them would require both dishonesty and astonishing anal-retentivity.

An hour and seven minutes implies Archy’s got a lot to say here: he does. This is an album you drink or smoke half-as-much to, and let the aural wooziness carry you the rest of the way. There is enormous vicarious pleasure in drifting from the adrenaline of “Left the crime scene without the Motorola” to the red-boated loneliness of “I’ll never be alone!” and its echo-chamber reply.

The album ends in lunar rainfall, but not the mizzly kind that dapples sidewalks after dark. It’s the rain that came down, that comes down, that will eternally replenish the oceans. But with The Ooz, Krule reminds us that we needn’t heed the deluge, only the internal plunge.

This album is a journey across those inner waters: sometimes choppy, sometimes tranquil, but so long as her moony orbit compels, never still…. “Selena, foam on the wave-swirl…” (Canto 106).