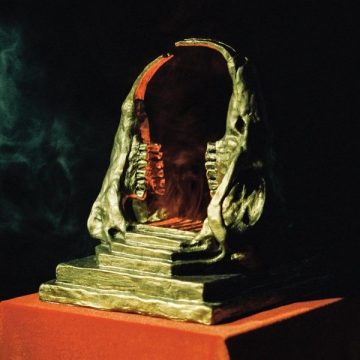 King Gizzard & The Lizard Wizard are difficult to describe. Constantly mutating, always evolving, and never repeating the same concept twice. This group from Melbourne, Australia changes its sound from album to album like a snake sheds its skin. On their previous record, Fishing For Fishies, they fooled around with upbeat blues-rock boogie. This was only back in April. Five months go by, and the next thing you know, King Gizzy’s reinvented itself into heavy metal thrashers — quite the sonic leap.

Infest The Rats’ Nest is King Gizzard & The Lizard Wizard’s 15th studio album, pulling heavily from the forefathers of metal: Motörhead, Black Sabbath and Metallica. Vocalist Stu Mackenzie even does a spot on James Hetfield impression. It features a narrative that fast-tracks listeners into a post-apocalyptic near-future, where rich elites have rocketed off on a sci-fi voyage to Mars, leaving everyone else behind in the dust on an Earth bankrupted of its natural resources and devastated by ecological disasters. There’s a rebellion… and a plot to colonize Venus but I won’t spoil the rest.

As soon as the needle hits the groove, a barrage of machine gunfire guitars get unloaded and don’t relent until the end of the record’s 34-minute runtime. The second single, “Self-Immolate” stacks riff upon riff in spectacular fashion, while power shredding leaps out from tracks “Planet B” and “Mars For The Rich.” And the crunchy riffs and grimey beats on closer “Hell” help guide the record to the finish line.

If there’s a downside, it’s that one might have wished for the band to maintain more of the patented psychedelic King Gizzy personality at the record’s core, instead of simply doing King Gizzard & The Lizard Wizard doing Metallica doing a thrash metal album. But that’s a small gripe for a band that’s made it pretty clear they don’t care for labels.

Extremely loud, frantically fast and guaranteed to melt its fair share of faces off, Infest The Rats’ Nest sees the band at their most hardcore, delivering old school heavy metal thunder with a vengeance. If that’s not your thing, don’t fret. By the time they roll out more music, King Gizzard and the Lizard Wizard’ll undoubtedly be exploring a new genre. The only question is, what’ll it be? Traditional Polish polka… or perhaps free-form jazz.