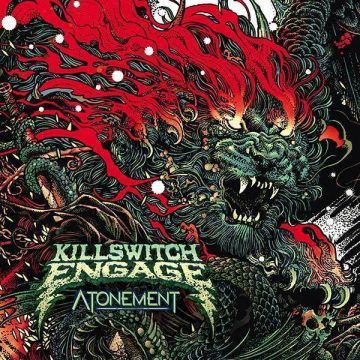 When it comes to the metal scene, Killswitch Engage is by no means a small name. The two decades their career has spanned over has consisted of solid records that are considered foundational to metalcore as a genre. Atonement carries this tradition on as another record that remains true to the band while being a great standalone album as well.

No efforts are spared kicking off the album with the opening track, “Unleashed.” Killswitch has never lacked in the riff department, and Atonement is no different. Leach’s lyrics traverse a variety of subjects. “Us Against the World” and “I Am Broken Too” are a deeply personal exploration of pain.

The politically-charged “The Crownless King.” features Chuck Billy from Testament, a fine addition to the angst and rage the song is built upon. Former bandmate Howard Jones meanwhile, contributes on “The Signal Fire,” the latest signal from the tracklist.

Atonement is an album that does not sound particularly ground-breaking or outstanding on the first listen but gets better each subsequent time. The record is a commendable creation. Leach’s vocal ability sounds better than ever, despite the multiple medical complications and surgeries that he has dealt with.

At an age where most bands begin displaying signs of aging and reduced creative output, Killswitch Engage remains relentless.

Stan is a metalhead, musician, and freelance writer (for hire!) In that order. Yes, looks are deceiving. No, metal is not (all) about Satan.
RELATED ARTICLES
album reviewalbum reviewskillswitch engage
9.0